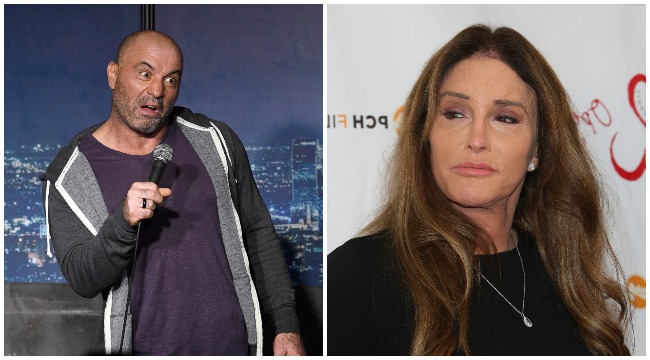 Over his 1,536 episodes of The Joe Rogan Experience, the world’s top podcaster has arguably taken the most heat for his assessment of the transgender movement. 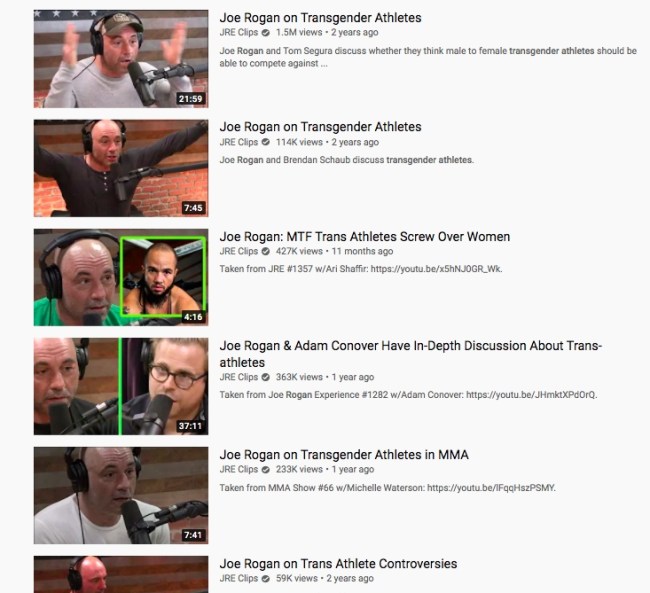 Rogan’s consistently made headlines for his criticism of a transgender athlete who had started fighting in MMA without disclosing that she was a biological male.

Rogan, who’s mocked Caitlyn Jenner in past episodes and called her a hypocrite, stirred the pot Friday when he referenced a 2016 bit joking about Jenner’s transgender identity being a direct result of living with the Kardashian “crazy b*tches.”

Rogan references the bit on Friday at the 12:30 mark of this video.

Jenner clapped back at Rogan, calling him a “homophobic, transphobic ass,” adding his “crazy bitch” daughters are more famous and have more money than he has.

“I have been gender dysphoric my entire life. Once I got to the point where my kids were raised and they were all doing well, maybe I could live the remainder of my life authentically and it has been the most wonderful experience I’ve ever had. I wake up in the morning every day and I can be myself every day.”

“I just feel like Joe Rogan has a lot to learn…I think Joe Rogan needs some help.”

Jenner claimed she’d go on Joe’s show to duke it out.