California Hits 130 Degrees, The Hottest Temperature On Earth Since 1931 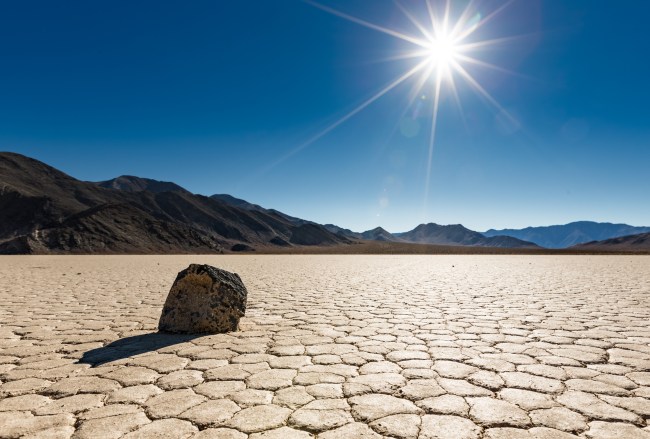 California’s Death Valley recorded a 130-degree day on Sunday while I was enjoying a mild 74 degrees on the golf course here in Maine. Thought about wearing pants, mostly because of the mosquitoes. Went with shorts though.

In the midst of a historic heat wave in the West, the mercury in Death Valley, Calif., surged to a searing 130 degrees on Sunday afternoon, possibly setting a world record for the highest temperature ever observed during the month of August.

If the temperature is valid, it would also rank among the top-three highest temperatures ever measured on the planet at any time and may, in fact, be the highest.

Death Valley famously holds the record for the hottest temperature ever recorded on Earth, which is 134 degrees. This record was set on July 10, 1913. However, that measurement is very much in question; an extensive analysis of that record conducted in 2016 by Christopher Burt, an expert on extreme weather data, concluded it was “essentially not possible from a meteorological perspective.”

130 degrees. That’s hot. I’m no chef but I think you can just about reheat leftovers at that temperature. Probably won’t have to blow on them but that’s neither cold, nor room temperature, lasagna; it’s lukewarm. Luke. Warm.

But I’ll be honest—it’s not as hot as I thought it would be. That’s arguably the hottest temperature ever recorded on earth? I would have thought Ecuador had some 150+ days, given that it’s named after the equator.

Here’s the biggest takeaway: the meteorological community is extremely contentious about records. They’re like the track and field committees that judge whether the wind was too strong for a record to count. So much disagreement. So little consensus. Just look at what this one big swingin’ dick had to say about Sunday’s reading:

“Everything I’ve seen so far indicates that is a legitimate observation,” Randy Cerveny, who leads the World Meteorological Organization’s weather and climate extremes team, wrote in an email. “I am recommending that the World Meteorological Organization preliminarily accept the observation. In the upcoming weeks, we will, of course, be examining it in detail, along with the U.S. National Climate Extremes Committee, using one of our international evaluation teams.”

Yes of course yes yes, why, surely, without a doubt Randy. Please recommend away. And do consult the U.S. National Climate Extremes Committee, using one of your international evaluation teams. It must be fair, after all.

Dude. Chill out (pun intended!!!) Unless Russia claims to have a 131-degree day, we’re all going to take these readings at face value. Doesn’t seem like there’s much of a prize at stake here. Nobody in California saw the news and celebrated. Having the hottest temperature on earth is (or should be) a bummer for most people in that place.

At the same time, I like a good, competitive scientist. Randy knows the rules. We’re only as good as our scientific standing. Nobody wants to be the quack house of meteorological readings. For now, we’ll simply golf clap California for their absurdly hot day.