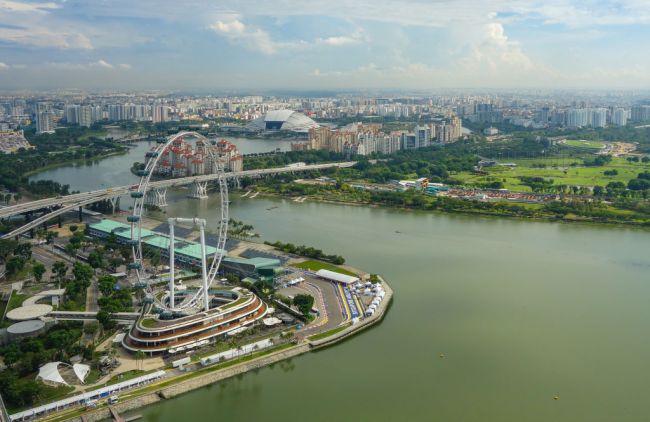 It’s lights out and away we go…in Call of Duty?

Formula One has garnered mainstream appeal in recent years and that’s largely in part to Netflix’s Drive to Survive. New host cities have brought out the world’s biggest stars and now even Apple is in production on an F1 film starring Brad Pitt.

The sport is extending its presence elsewhere too, most notably in Call of Duty’s next title. On Sunday afternoon, developers Infinity Ward revealed that the Marina Bay Circuit in Singapore would be a playable 6v6 map released for Modern Warfare 2.

The video game franchise even poked fun at the recent Apline-Piastri drama in their announcement. Fans will experience the new map, Grand Prix, for the first time when the Modern Warfare 2 beta launches on September 16-17.

We understand that, with our agreement, @infinityward have announced they designed a Grand Prix map as a part of the #MWII Beta. This is right, and the map will be playable for the 2022 Beta. We will be playing on Grand Prix in #MWII this year. pic.twitter.com/8kbaSEkChU

Based on the video teaser provided, it appears the map will include parts of Marina Bay’s pitlane and paddock. However, no actual F1 or team branding is present. Perhaps that’s because the teams likely prefer not to associate with the violence and bloodshed that is core to the Call of Duty franchise.

The game’s full release is set for October 28, but fans can actually experience the new map much sooner. Early access pre-orders on PlayStation will receive a beta trial on September 16-17. All platforms will then receive beta access from September 24-26.

In the meantime, there’s an opportunity for a real-world look at the circuit ahead of Modern Warfare 2’s release. The 2022 Singapore Grand Prix is set for October 2nd. However, a blown up Ferrari power unit is probably the closest it’ll get to Call of Duty.