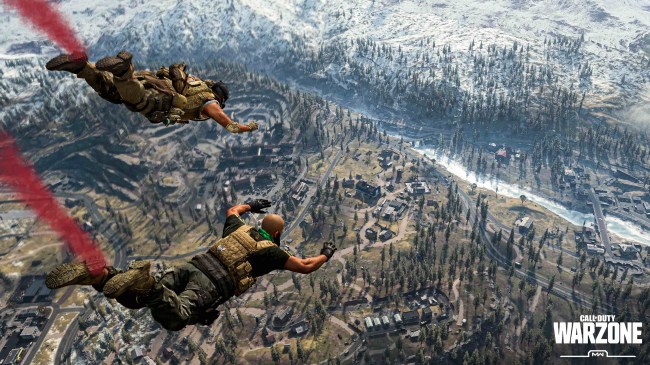 A couple highlights from quarantine: Stepping it up in the kitchen with my cooking game, watching Tiger King on Netflix, and – after an extended hiatus – finally getting my bearings back in the world of Call Of Duty.

Activision released its free-to-play battle royale, Call of Duty: Warzone, on March 10, just days before things got real in the United States with social distancing. Popularity skyrocketed almost instantly, with Patrick Mahomes, Quavo, Jerry Ferrara, and others joining the Warzone hype train with streams on Twitch.

Fast forward two weeks later: Call of Duty: Warzone is the most popular game on Twitch and has over 30 million downloads, according to Activision.

Like Fortnite and Apex, the premise is pretty simple: Squad up in a group of three operators, then go to work against the other team. If you get taken out, your squad mates can rescue you or – in my case, as someone who is objectively bad at video games – leave you hanging until the next match.

You can also roll solo in a recently debuted mode, since three’s company.

The map – a battlefield called Verdansk – is huge.

One of the most recent updates to the game is the addition of the Defender Pack that supports the Call Of Duty Endowment and their mission of helping military veterans into high quality jobs.