Can You Bring Your Own Alcohol On A Plane? Here’s A Close Look At The Ultimate Travel Hack 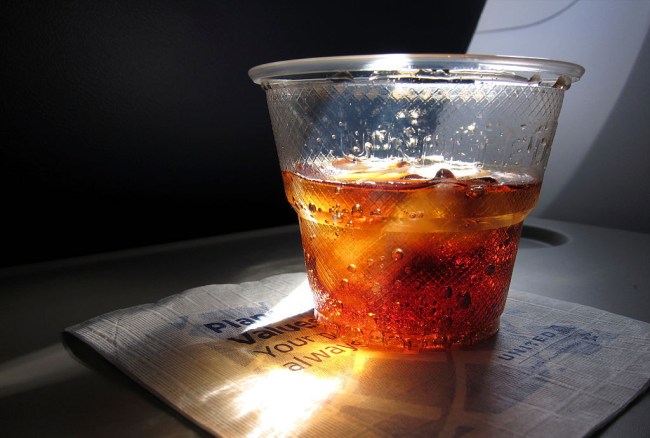 The internet is filled with “travel hacks” designed to make your journeys as cheap and pain-free as possible, and while I’ve used plenty of them to my advantage, there’s one that sticks out more than any other.

When I was in college, my buddies and I had the extremely original idea to travel down to Florida for spring break for a week of general debauchery (as college students are wont to do).

As is tradition, our plans involved starting to drink as soon as we got to the airport and not stopping until we boarded our 7 A.M. flight back,

Unfortunately, we ran into a bit of a snag after realizing we were all broke as hell and couldn’t afford to go hard at a terminal bar or order a steady stream of overpriced drinks once we boarded the plane.

After a bit of strategizing, we discovered the TSA doesn’t care if people bring their own alcohol through security as long as it fits in a quart-sized bag so we hit up the liquor store and went full Supermarket Sweep on the jar of 99 cent nips.

We managed to make it through security without any issues and proceeded to celebrate like we’d just pulled an Ocean’s 11-style heist by glamorously trading off a bathroom stall to pound a couple of shots of Soco Lime before boarding.

Once we took off, we ordered what was in hindsight a suspicious number of tonic waters and attempted to covertly make our own mixed drinks.

Unfortunately, one of my buddies was less than subtle and got called out by a flight attendant who informed him he was violating the airline’s policy, which I chalked up to Spirit’s core mission to nickel and dime every passenger as much as possible.

Once we landed, we set out to answer the question that brought you here in the first place.

Can You Bring Your Own Alcohol On A Plane? 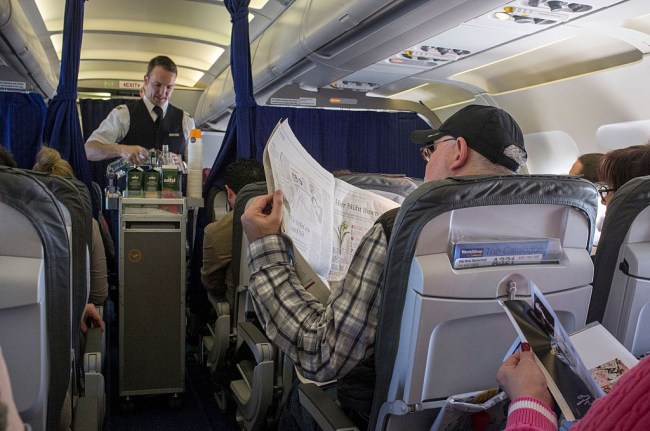 After a little bit of research, we discovered that my friend hadn’t just violated the airline’s policy— it turns out he accidentally broke a federal law.

It turns out the buzzkills at the FAA have an official policy concerning consuming your own alcohol on a flight, which states:

(a) No person may drink any alcoholic beverage aboard an aircraft unless the certificate holder operating the aircraft has served that beverage to him.

Wow. So much for gender equality.

The rule applies to any airline that’s headquartered in the United States, so even if you’re flying internationally, the rules still apply even if you’re no longer in American airspace.

I’m sorry to crush the spirits of anyone who wanted to pull off the Wade Boggs (R.I.P.) Challenge.

However, there are some exceptions to the rule as Jet Blue apparently allows you to consume your own alcohol as long as a member of the crew serves it to you (although there are some limits on the ABV). 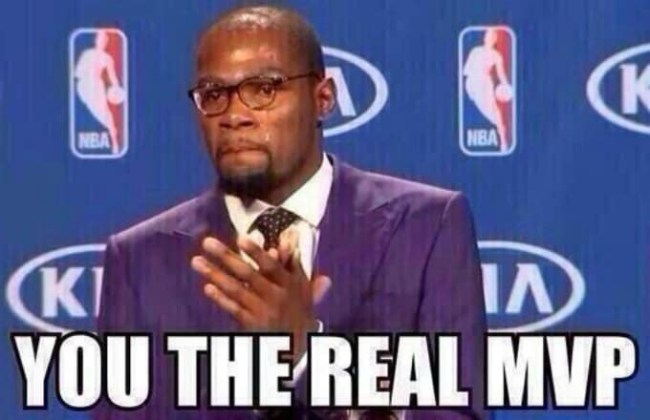 If you’re caught drinking your own booze, you can apparently be fined up to $11,000, which makes those $8 drinks seem a whole lot more reasonable.

All you have to do is stop by Hudson News and grab a couple of bottles of your mixers of choice and then pop into the bathroom to add your booze.

It might not be the classiest thing you’ve ever done but I’m personally willing to sacrifice a little bit of dignity to save $30.

This has been a BroBible Public Service Announcement.

Thank you for your time.