Cannabis And Your Testosterone Levels: Does Blazing Up Bring Them Down? 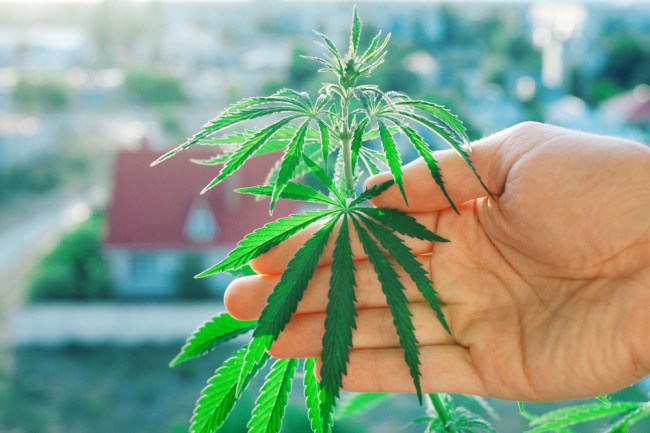 If he had, he might’ve not missed a semester of school work or wound up ‘messing up his life because I got high’. Not to say that I’ve got anything against Afroman or cannabis though. Pretty much the opposite.

But, smoking weed regularly can impact your testosterone levels. And if you’re hitting the gym a few days a week, wind up damaging your muscle gains and overall health too.

Let me be clear though, I’m not talking about getting high and working out here. Just getting high generally and your testosterone levels.

With weed becoming more available and currently legalized for recreational use in 9 states at the time of writing, what weed does to testosterone levels is a question that’ll be asked more and more.

Still got you? It’s ok if you want to grab a handful of munch or take another hit on the bong. I’ll wait.

Now, testosterone has two main functions inside you. Anabolic effects are ones that control muscle growth, bone health and metabolic rate. The other effect is androgenic, which is basically what turns you into a man. So, balls dropping, voice breaking and beard growing (if you’re lucky).

Your body creates testosterone from cholesterol. If you don’t have enough testosterone, you can experience some pretty grim side effects. Fatigue, moodiness and complete loss of libido to name just a few. You might know a loss of energy and libido all too well…

What do the stoner studies say?

According to a couple of studies the effects that mary jane has on testosterone isn’t great. One study found that; “cannabinoid administration acutely alters multiple hormonal systems, including the suppression of the gonadal steroids, growth hormone, prolactin, and thyroid hormone and the activation of the hypothalamic-pituitary-adrenal axis.” [1]

If that exhausting sentence was a bit too much, it basically says that the active compound of weed fucks your test levels and other hormones.

You might be sitting there worrying about the joint you just had instantly degrading all your muscle mass and reducing your testicles to the size of raisins. But don’t. The effects aren’t that adverse, in fact some studies reported little to no change in testosterone levels because of cannabis consumption.

A later study [2], in 1991, took men and woman who smoked weed in varying amounts and looked at their sexual hormones.

This study returned no notable results on ganja bringing testosterone levels down. In fact it barely touched any other hormones either.

Grab another handful of Cheetos, maaaaaan. We’re not done yet.

More recent studies haven’t really shown anything different. Your testosterone levels will be pretty safe from the effects of the devils lettuce. But, whilst your test levels are probably normal, you’re little swimmers will be blazing up having their own party.

Your testicles will essentially become hot boxed and sperm more focused on watching back to back fail videos or ordering 2 pizzas each, than properly functioning as sperm.

The effects of cannabis have been proven to negatively affect sperm quality, count and other markers of reproductive health. The study that investigated this found a 29% lower count, which is pretty hiiiiiiigh. There’s also been reports heavy cannabis use can cause sperms to swim in circles. Seriously.

If you’re not in a hurry to have any kids, then you might not need to worry so much about the effects of weed. But we’d recommending giving yourself a load of time off if you plan on becoming a parent soon.

The effects on sperm are only something to worry about if you’re a heavy smoker though. Luckily your sperm is used and replaced pretty quick, with the stoners pushed out in favour of some fresh Olympic level swimmers within a couple of days.

Munching away at your own testosterone

In a great mood because you’ve found out cannabis isn’t going to harm your testosterone? Enjoy it.

To put a sad spin on things and bring you down to earth a bit, we thought we’d leave you with a tale of caution.

Every time you get high you might find yourself reaching for a bag of munchies (I’m going to presume that it’s not a bag of carrot sticks and hummus you’ve got your hand in either), those munchies can be testosterone killers.

It sounds pretty dramatic and I’m not going to sit here lecturing you on what you should be eating but remember that shitty foods are like a sort of kryptonite to your super-testosterone-maaaaaan.

Sugar for example has been proven to cause a marked decline in testosterone in men and the added levels of body fat can also promote the release of estrogen. The primary female sex hormone.

If you were to ditch the soda, crisps, cake and pizza in favour of healthy greens and whole foods, you’ll be in a far better place when it comes to the stoneover the morning after. Giving your body what it needs to function, as opposed to shutting down both your brain and body.

Testosterone levels may also increase slightly. Your sperm might not end up chasing it’s tail as much. And you might start to have a bit more energy.

But that might not sound like as much fun as packing a bowl with laughing grass and hitting the snack cupboard. Bowls in your court.