How The F*ck Did This Happen?!?! (Spoiler: Alcohol) 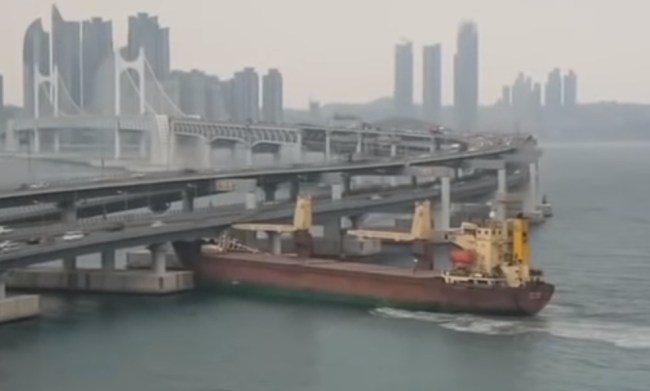 It turns out that cargo ship captains are just like you and me and enjoy getting sh*tfaced. One minor difference is that you and I responsibly get plastered during a three-hour binge-watching of The WB bewitching TV series Charmed to try to figure out the “FMK” game with Prue Halliwell played by Shannen Doherty in seasons 1–3, Phoebe Halliwell played by Alyssa Milano, and Paige Matthews played by Rose McGowan in seasons 4–8. While some cargo ship captains get bombed off of hooch while navigating massive cargo ships.

We take you to Busan, South Korea where a bewildering maritime accident happened and it is truly inexplicable. A 5,998-ton Russian cargo ship named Seagrand approached the huge Gwangan Bridge at a painfully slow speed. You keep waiting for the prodigious boat to turn and not collide with the bridge but it never happens. You’re gonna need a smaller boat.

The bridge on the ship is higher than the highway, so I’m not sure how they thought they were going to sneak underneath the bridge. Maybe it was an understandable misunderstanding? “Captain, we need you at the bridge. NO! NOT THAT ONE!”

Apparently, the captain had a blood alcohol level of 0.086 percent, but the maximum legal limit for cargo ship operators is 0.03 percent. It is not known if he was at the helm when the vessel crashed into the bridge. The ship was going the opposite direction of its planned course.

The collision caused a 15-foot hole in the lower portion of the Gwangan Bridge and destroyed the top front of the vessel. After the crash, the ship backed up and attempted to keep on sailing, but was intercepted by the Korean Coast Guard (KCG).

This right here is why you don’t play chicken with bridges.

In our last episode of “How The F*ck Did This Happen?!?!,” we attempted to understand how a cargo ship collided with a container vessel in the Mediterranean Sea. You can read about that HERE. 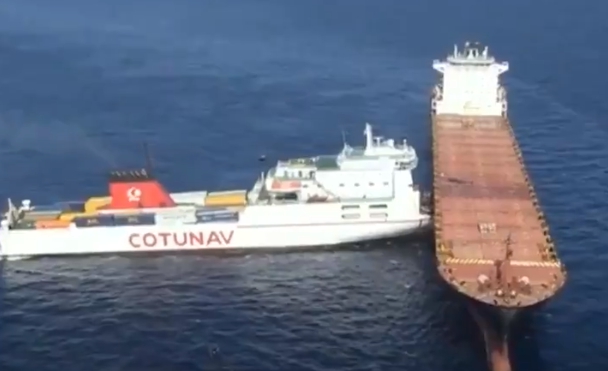