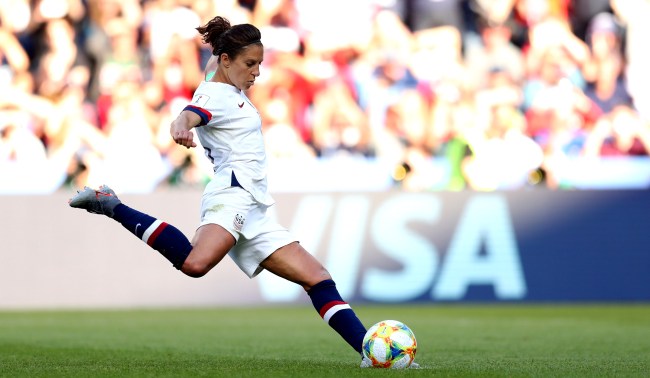 Ever since Cody Parkey’s infamous double-doink at the end of their heartbreaking playoff loss to the Eagles in January, the Chicago Bears have been searching high and low, without any success, to find a kicker they feel comfortable with heading into the 2019 NFL season.

The Bears have taken a look at several kickers, including one named Blewitt (those jokes just wrote themselves), but so far they have only been able to whittle the kicking candidates down to Eddy Pineiro, Joey Slye, Dan Bailey, Matthew Wright and Chase McLaughlin… annnnnd maybe Graham Gano, Chris Boswell, Stephen Hauschka or Cairo Santos. So yeah, the Bears have no idea who to sign.

Heck, a bunch of Bears fans even lined up to kick 43-yard field goals like Cody Parkey (they all failed miserably) and it’s gotten so bad that Sports Illustrated is running a lengthy piece on the Bears’ kicking competition in this week’s issue.

Which all leads us to Tuesday’s joint practice with the Philadelphia Eagles and Baltimore Ravens.

Why? Because diehard Eagles fan, U.S. Women’s National Team legend and two-time FIFA Player of the Year, Carli Lloyd was in attendance and she went out there and drilled a bunch of field goals, including a 55-yarder she made look pretty easy.

Have the @Eagles signed a new kicker? Not exactly, but world champion soccer player @CarliLloyd stopped by the Birds' practice and showed off her leg with some impressive field goals. More coverage from camp –> https://t.co/W0jcOtic9G pic.twitter.com/sEgOMupWRb

What did you expect? She's a World Champion.@CarliLloyd | #FlyEaglesFly pic.twitter.com/kIwHOABMKa

Carli Lloyd is a legend. https://t.co/AlkpdzQnax

Thank you to the @Eagles for having me out! Thanks to @JustinTuck @jake_elliott22 @MayorRandyBrown for the good time and tips! 🏈 🎯 #55yd pic.twitter.com/owZ16f46Th

Hey, if former British rugby player Christian Wade can run wild as a running back for the Bills, why not give Lloyd a shot kicking for the Bears?