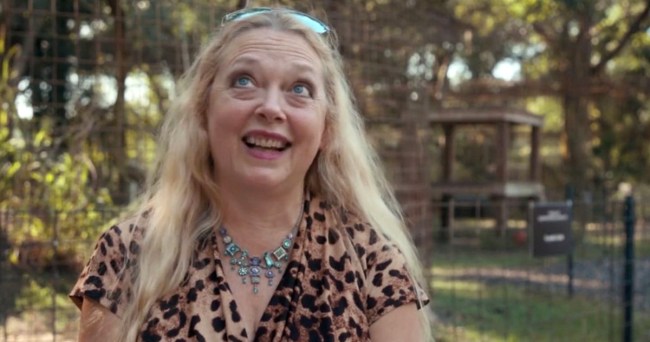 I used to play a bunch of Roller Coaster Tycoon when I was growing up, and while some people may have preferred to design rides that struck the perfect balance between exciting and stomach-churning, I tended to make ones that had has many abrupt twists and turns as possible before things eventually went literally off the rails because I largely lacked the engineering knowledge required to make them come full circle.

I mention this because that seems to be the same approach taken by the people behind Tiger King, the Netflix series that took the world by storm in March thanks to a number of eccentric central figures that made you wonder if it was actually the documentary that it claimed to be as opposed to a Christopher Guest film, all of whom were embroiled in a story filled with lies, deceit, intrigue, and someone’s husband allegedly being fed to tigers.

That “someone” in question was Carole Baskin, the epitome of Crazy Cat Lady who runs the Big Cat Rescue animal sanctuary in Florida who found herself engaged in a bitter feud with Joe Exotic, the larger-than-life (former) owner of the G.W. Zoo in Oklahoma.

Baskin’s beef with Exotic stemmed from her accusations that he was abusing the over 200 animals at his park and he routinely tore into Baskin on his online talk show as a result. Their bad blood resulted in multiple legal battles, including one where a judge ordered him to pay her $1 million as the result of a trademark infringement violation that stemmed from Exotic altering the Big Cat Rescue logo in an online ploy meant to suppress the many accusations she’d levied against him on the internet.

Exotic never fully paid up and it became much harder for him to do so when he was hit with a 22-year prison sentence earlier this year for hiring someone to killed Baskin (although the guy used the money to go on a cocaine-fueled bender instead) in addition to multiple counts of animal abuse. However, Big Cat Rescue continued to pursue the case, and according to Courthouse News, those efforts have resulted in Baskin becoming the proud owner of his former property.

The zoo was previously in possession of Exotic’s former business partner Jeff Lowe (who had plans to reopen it) but on Monday, a federal court ruled Exotic had illegally transferred ownership to his mother in 2011 in an effort to prevent it from being seized by creditors in the event he found himself in some financial trouble—a ploy she admitted to being involved in during another court case in 2015.

Thanks to the decision, Baskin is now in possession of the 16.4-acre property in addition to some cabins and cars currently located on it and Lowe has been ordered to vacate the premises within the next two months (and apparently has to figure out what he’s going to do with all of the animals).

Exotic is currently in the middle of yet another legal battle after suing the federal government for $94 million and has assembled a legal team as absurd as he is in pursuit of a presidential pardon.