Cars Crash When Over $500K In Cash Spills Out Of Armored Truck, Around $300K Still Missing 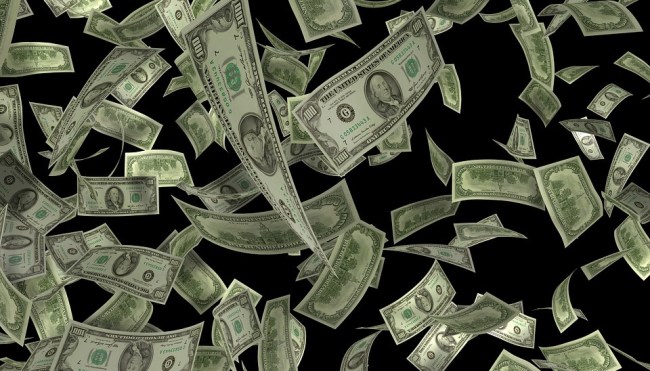 When a Brink’s armored truck started making it rain on a New Jersey highway near MetLife Stadium last Thursday morning, spilling over $500,000 in cash all over the road, cars crashed into one another as people stopped to try to snap up the money.

And here’s a shocker: nearly $300,000 was still missing a day after the incident.

According to NBC News…

The initial call to police in East Rutherford, New Jersey, came at about 8:30 a.m. ET, reporting that an armored truck had spilled cash along Route 3 West in East Rutherford. It turned out that the rear door of the truck malfunctioned, leading to the money escaping the vehicle.

Several drivers had gotten out of their cars and attempted to grab cash off the road, causing two separate motor vehicle crashes, police said. At least one person tried to help the Brink’s driver, who was seen on video posted to social media running through traffic trying to collect the scattering cash.

That would be this guy…

Not everyone was being greedy though. At least not once their conscience got the best of them.

By Thursday afternoon, some of those who had made out with roadway cash apparently thought twice. Police said they received calls during the day from several people who wanted to return what they had taken.

According to the AP, police said Brink’s workers and other motorists recovered about $205,000 from the roadway, while five citizens turned in about $11,000.

As for the other $294,000? Police are asking anyone with video of the episode to contact them.