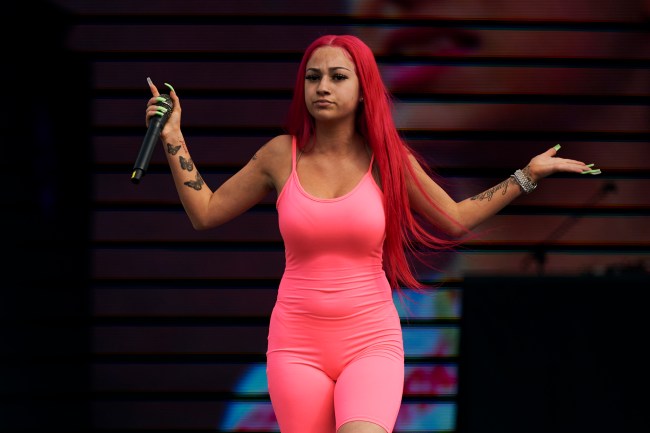 Nothing in the history of history will baffle me as much as the success of Danielle Bregoli aka Bahd Bhabie aka Cash Me Ousside girl. The 16-year-old became infamous from a September 2016 episode of Dr. Phil titled “I Want To Give Up My Car-Stealing, Knife-Wielding, Twerking 13-Year-Old Daughter Who Tried To Frame Me For A Crime.” Fast forward one year and she’s got a record deal with Atlantic Records, a makeup brand, and is the youngest female rapper ever to appear on the Billboard Hot 100 chart.

Bregoli was set to do a show in the Middle East on July 8, but Jordanian promoters canceled her show after the teenager responded to tweet in Arabic in a way they deemed insensitive and inappropriate. 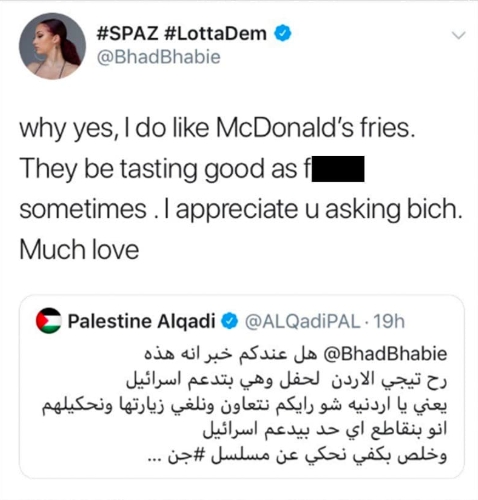 Come to find out, Bregoli was responding to a tweet from a prominent Palestinian marathon runner who said that people should boycott Bhad Bhabie because he believes she supports Israel. Did you ever think we’d get to a point in society where Cash Me Outsside girl would be at the center of geo-political tension. My oh my.

Bregoli’s team told TMZ that they don’t understand why their client was accused of being Pro-Israel, or why the contents of the tweet warranted a cancelation of her show.