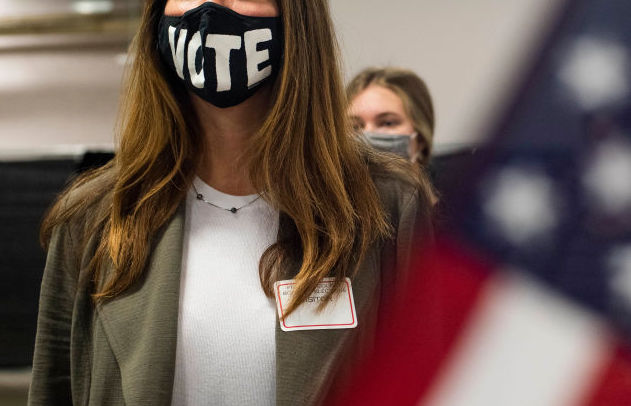 In 1897, a French philosopher by the name of Paul Janet conducted a thought exercise and posited the way humans perceive time changes as we continue to make our way through life, saying that the days, months, and year seem to go by faster as we age because they make up a smaller percentage of our overall existence with every second that passes.

The jury is still out on whether or not that’s actually the case, as there are studies out there that support the idea but others that suggest a variety of other psychological factors come into play. Regardless, I’d be very curious to see if Janet would’ve taken a second look at his theory if he’d been forced to endure what we have over the majority of 2020.

It might seem like an eternity but It’s actually only been around a year-and-a-half since 20 aspiring presidents took the stage over the course of two nights for the Democratic debate that officially kicked off the lead-up to the 2020 election. That number was narrowed down to just five when the eleventh (and final) one was held in March, just days after the World Health Organization officially labeled the COVID-19 situation a “pandemic” and the mass cancelation of sports that was largely responsible for making Americans realize this whole “coronavirus” thing might be a bigger deal than some people were making it out to be.

By the time Joe Biden had all but secured the nomination, the United States was in the midst of a full-blown crisis, and of the countless problems officials were forced to grapple with, figuring out how the hell people were going to be able to cast their vote with a highly-contagious disease raging around the country was one of the most pressing questions. In the end, many states instituted measures to expand the availability of absentee ballots and came up with plans to allow people to vote safely in person—which the Center for Disease Control says you’re still allowed to do even if you’re sick or are quarantining due to potential exposure.

As The New York Post notes, the agency has released a protocol voters in such a position are expected to follow if they have no other option but to exercise their right at a physical location. While it’s officially titled “Tips for Voters to Reduce Spread of COVID-19,” the list might as well be called “How Not To Be A Massive Dickhead,” as it stresses anyone (especially people who know they could spread the illness) who shows up at the polls should come with hand sanitizer, multiple masks, and a black pen in tow to reduce the risk of transmission.

At the end of the day, everyone has the right to do their civic duty but I’d also argue you have a moral right to do what you can to not inadvertently kill someone else by being a self-centered prick. As a result, if you haven’t voted yet, please keep that in mind when you do.