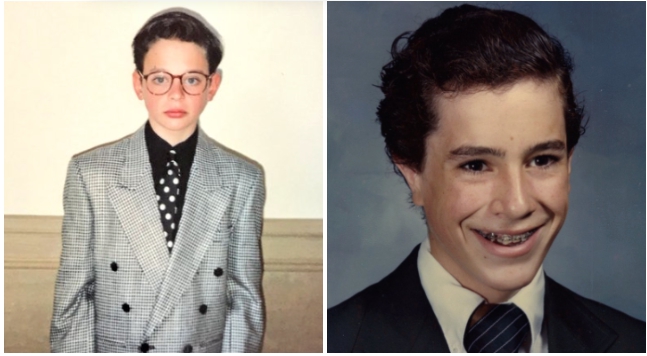 Hurricane Harvey. Irma. And now Maria. Bad things come in threes. Hurricane Maria has caused catastrophic damage throughout the Northeastern Caribbean–namely Puerto Rico–who is in the midst of a full blown humanitarian crisis. On top of the dozens of deaths the category 4 storm caused, the 150 mph winds and excessive rainfall has left the island without power–leaving 3.4 million U.S. citizens in Puerto Rico struggling to find water to drink, bathe in, and use toilets. Experts claim that power will be out for months in some places. For a country whose economy is already in shambles, this is worst case scenario.

The aid for Puerto Rico from the U.S. is less ubiquitous, maybe because just 54 percent of Americans know that Puerto Ricans are U.S. citizens. Nonetheless, Nick Kroll and Stephen Colbert thought up a clever way to shed light on the crisis by posting awkward photos of themselves as kids and using the hashtag #PuberMe.

For every celebrity who put up a puberty photo, Colbert vowed to donate money from his Americone Dream Ice Cream Fund to Puerto Rico hurricane relief, which Kroll said he’d match. Check out these beauties.

Nick Kroll asked me to post a pic of my awkward stage, but I never had one. So here's me lookin' cool as hell! #PuberMe #PuertoRicoRelief pic.twitter.com/UC9a7XtjZa

Thank you Stephen. In return, here's me trying to look like a tough guy because I hadn't yet hit #puberme. #PuertoRicoRelief pic.twitter.com/WAzZ6kk6qb

^Angela from The Office

I my defense, I knew looked horrible. #PuberMe #PuertoRicoRelief pic.twitter.com/7wo2m9PIhE

.@NickKroll & @StephenAtHome asked me to post a photo from an awkward age to support #PuertoRicoRelief. Here’s one I took last year #PuberMe pic.twitter.com/6ccgSwNoBB

No word on how much the crowd-sourcing tactic has made thus far.