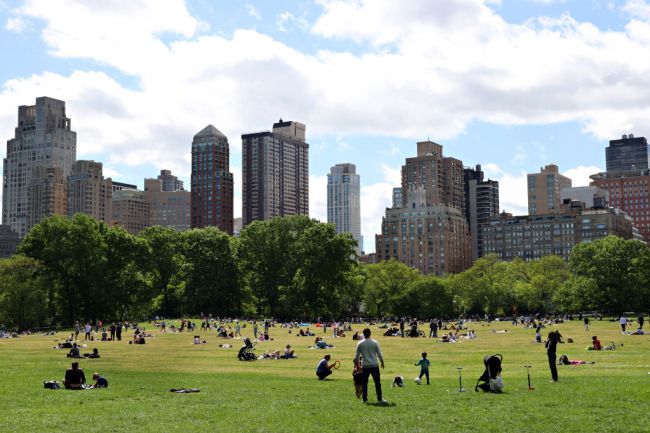 New York City is planning to celebrate its apparent reopening in style. Per the New York Times, mayor Bill de Blasio is working with legendary producer Clive Davis to plan a ‘Mega-Concert’ in Central Park later this summer.

The show, tentatively set for August 21st, has a long way to go, but it sounds lit. We have all missed live music and this concert will mark the biggest event in NYC since March of 2020. It is much needed and something to look forward to, signifying the end (or near-end) of this brutal pandemic.

Nothing New York City has ever seen before.

Davis, whose five-decade career includes working with artists like Janis Joplin, Bruce Springsteen, Aretha Franklin, Alicia Keys and Whitney Houston, has big expectations. He is aiming for eight “iconic” stars to perform in front of 60,000 attendees and said that the majority of tickets will be free. The three-hour concert will also be broadcast in front of a worldwide television audience.

The concert will be held on the Great Lawn in the park. It is a 13-acre oval in the center near the Metropolitan Museum of Art, the Delacorte Theater and the reservoir. It has long been New York City’s most iconic setting for outdoor concerts.

I would be remiss to not mention Queen at the Global Citizen Festival on the Great Lawn in Central Park. pic.twitter.com/DzSWnwaJ6E

Mayor de Blasio’s office said that there will be both vaccinated and unvaccinated sections, but 70% of tickets will go to those who are vaccinated. He also announced that the concert will be a part of a “Homecoming Week” and said that the whole week will “be like nothing you’ve ever seen before in New York City.”

I don’t think the expectations could be set any higher. It’s going to be incredible, or it’s going to fall flat. But it sounds more like the former than the latter.

Clive’s artist list is going to be huge. Hopefully it is a good mix, giving the city a much-needed melting pot of performers for everyone of all ages.