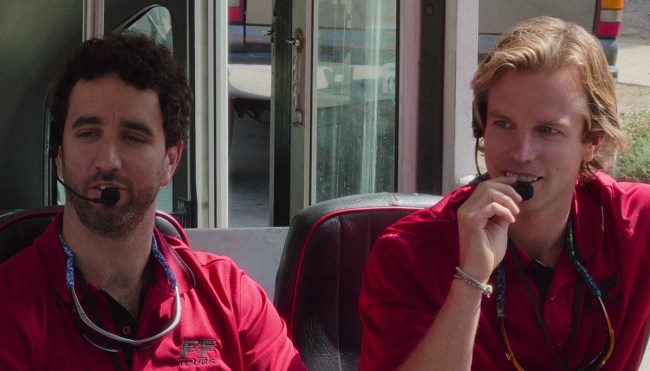 It’s somehow been more than five years since an archetypical surfer bro named Chad set the internet ablaze by uttering “What up, council?” to the group of government officials who’d gathered for a public hearing at San Clemente City Hall before lobbying for an all-important cause: the installation of a 12-foot statue of Paul Walker on the city’s pier.

Chad’s pleas to immortalize the late star of the Fast and the Furious movies in that manner ultimately went unheeded (although one councilman eventually purchased a one-foot tall doll on eBay that he credited with warding off sharks). However, he—along with his eventual partner in crime JT—has only seen his legend grow.

Since then, that dynamic duo has brought the stoke to the set of Ellen, gotten the chance to sit down with Howard Stern, and teamed up with this very outlet to explain their ingenious strategy for stopping alien invaders from wiping out mankind with the help of hard seltzer.

Chad also found himself thrust into the spotlight earlier this year courtesy of his scene-stealing role as Mitch, the heady owner of a beignet shop in an episode of Barry who also served as the spiritual advisor for the customers who lined up in droves outside of his store.

Only time will tell if Mitch will return at some point after being one of the rare characters who’ve managed to outshine Noho Hank while sharing the screen with the beloved gangster. However, anyone who wants to see more of him on the small screen will soon get their wish courtesy of Netflix.

According to Deadline, Chad and JT will be the stars of the appropriately dubbed Chad & JT Go Deep, a new series that’s slated to make its debut on Netflix on August 23rd. Details are currently fairly scarce, but if the description and their past history are any indication, we should be in for a treat:

The self-described “stoke lords” take their activism to the streets of Southern California to spread awareness on important issues. But when one of their causes accidentally leads to their cancellation, they use their activism to win back the good graces and trust of the culture.

Their causes include protecting the country’s boarders (skateboarders, that is) to advocating for public perineum sunning and marching for small dongs. It’s essentially Borat if he was two surfer bros from Southern California.

The show is also produced by the company owned by Tim Heidecker and Eric Wareheim (of the appropriately dubbed Tim and Eric Awesome Show, Great Job!), which has also had a hand in the creation of The Eric Andre Show, Nathan For You, and the criminally underappreciated Review.

As a result, it’s safe to be stoked for this one.