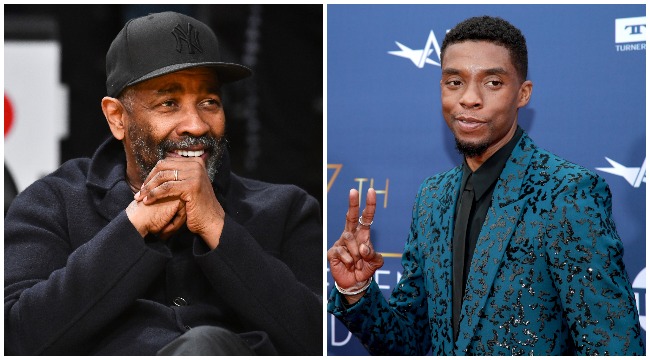 “There is no Black Panther without Denzel Washington,” Boseman told a packed theater in July 2019 as Denzel accepted the American Film Institute’s Lifetime Achievement Award.

Boseman’s words were not just awards show hyperbole; Denzel Washington kicked the door open for a young Boseman and other classmates at Howard University who had been accepted into the British American Drama Academy’s Midsummer program but couldn’t afford to fit the bill.

“I’ve basically been holding this secret my whole career. When I came back, I got a beneficiary letter and it said Denzel Washington paid for you,” Boseman told Jimmy Fallon in a March 2018 interview.

On Sunday’s ABC airing of “Chadwick Boseman: A Tribute For A King,” actress Phylicia Rashad recalled the financial conundrum of when she mentored Boseman while teaching at Howard University.

“I made a phone call to a friend of mine, and he called me back and we talked about it for about five minutes, and he said, ‘Okay, I got this money,” Rashad said.

Boseman revealed on Fallon that he invited Washington to the New York premiere of Black Panther, and then thanked him incessantly. Boseman claims Washington accepted his invitation, before busting balls: ‘Oh so that’s why I’m here, you owe me money!’

Nearly two decades later, Denzel’s private and charitable deed was memorialized by Boseman, who at that time was fresh off his award-winning performance in Black Panther, in a speech that visibly moved the legendary actor.

“As fate would have it, I was one of the students that he paid for,” he continued. “Imagine receiving the letter that your tuition for that summer was paid for and that your benefactor was none other than the dopest actor on the planet.”

It appears Denzel’s good deed was just as fulfilling for him as it was for Chadwick. 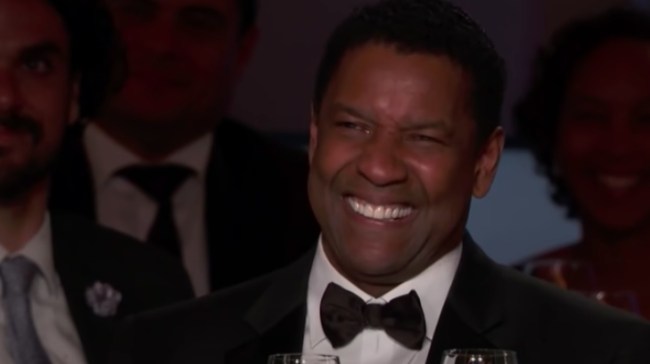 “He was a gentle soul and a brilliant artist, who will stay with us for eternity through his iconic performances over his short yet illustrious career.”