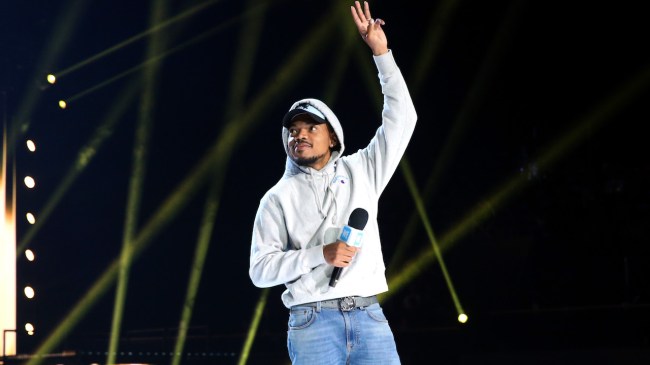 You know those memes that harp on our seeming inability to control ourselves when it comes to eating out? Chance the Rapper has apparently become the living, walking, talking version of that meme.

Despite being a famously independent artist for most of his career, Chance the Rapper has obviously made some serious coin in recent years, as a new feature from Postmates called “The Receipt” has revealed that Chance has spent over $30,000 through 632 orders on the delivery service app since 2014.

To put that comically astronomical food delivery tab into an everyday perspective, $30,000 is enough to buy a new Chevy Camaro or to support yourself with after graduating college (trust me, I’d know).

Lots of those orders were for Portillo’s Hot Dogs in Chicago, with Chance getting delivery once every two days from Dec. 2015 to Jan. 2016 … chowing down on a burger, fries and a drink each time.

Grub isn’t the only thing Chance orders on the go … he purchased a ton of board games for a pre-Grammys party in 2017 — Uno, Connect Four and Twister — and just last summer he ordered a $440 Apple iPad Mini.

With Chance the Rapper’s “debut” studio album — The Big Day — around the corner (in fact, it was supposed to come out today, yet it’s still nowhere to be found), we have a feeling the Chicago rapper’s wallet is about to get a whole lot fatter, which is evidently a massive win for Postmates, too.

Now, if you’ll kindly excuse me, I’m going to raid my roommate’s junk drawer to try and gather up enough quarters to go have a bowl and some chips from Chipotle for lunch (still reppin’ that water cup, though).