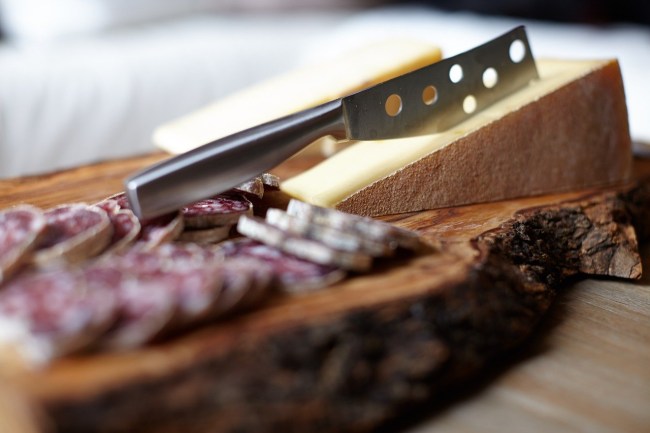 This week on The Brilliantly Dumb Show we got into some of the more hard-hitting issues, like why are the people who bring charcuterie getting so much credit? Maybe I am a little bitter because I didn’t get the credit I felt I deserve for the salmon filets I brought to a get together I just went to, but has anybody actually ever finished a charcuterie board? Can you remember a time where someone brought one and the place didn’t just wreak of goat cheese and salami?

How can a guy who took his time to fillet, season, and perfectly cook 10 salmon filets be overlooked by some asshole who thought it would be a good idea to put meat and cheese on a board and steal the show?

As promised, I will only bring up the hard-hitting questions and debates on The Brilliantly Dumb Show and that is exactly what we had here on episode No. 73. Should the charcuterie board guy or girl get the credit that they deserve? I get that the meat and cheese pairing along with the other random shit it comes with can be a true show stopper, but how much effort could that guest really have put into it? I don’t remember seeing someone ever make a homemade board, its usually just pre-wrapped for $19.99 at your local supermarket.

So are we really going to sit here and praise the guy who did a quick grab and go on a $19.99 special? That’s the problem in our world right now, we are completely overlooking a guy like myself, the salmon guy, for some knock-off meat board. Maybe too hot of a topic here, but something I think we definitely need to address as a whole. In the meantime, subscribe to The Brilliantly Dumb Show on YouTube and Apple Podcasts.