Charles Manson’s Bone Fragments, Toe Tag, And More To Be Put On Display In A Museum, A Really Creepy Museum 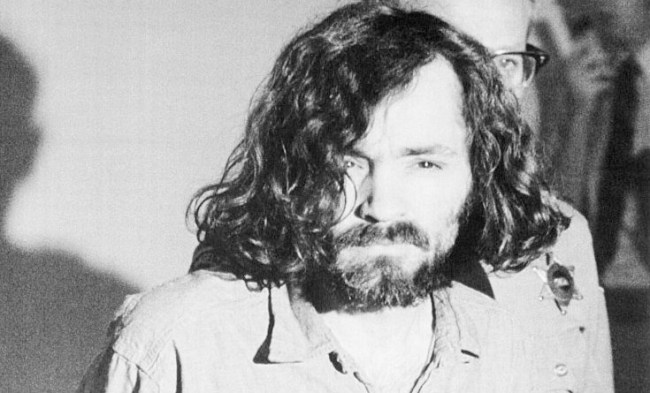 Lookng to add some creepiness to your life during this year’s Halloween season? Boy, have we got the place for you.

Recently, Zak Bagans, host of Ghost Adventures, acquired Charles Manson’s bone fragments and other items of “interest” related to the notorious cult leader. These items will be displayed in his Haunted Museum in Las Vegas, which will go nicely with Manson’s teeth and two paintings, one painted by Manson and that he allegedly took a piss on, and the other created using his ashes, that are already on display there.

Like I said, creepy. But wait, it gets worse.

Bagans latest acquisition, in addition to Manson’s bone fragments, also counts among the “treasures” the hospital gown Manson died in, complete with body fluid stains, the coroner’s toe tag, and the sheet (also stained) that covered Manson’s body in the morgue.

Bagans said the latest objects, were given to him by Jason Freeman, Manson’s grandson. Along with the bone fragments, which Freeman scraped out of the incinerator which cremated Manson.

Freeman donated the items to Bagan’s museum because of discomfort they brought him. The grandson alleged they caused paranormal activity in his home, including odd sounds and a call from his home phone one day while no one was home.

As you may or may not recall, Bagans’ Haunted Mansion was where Post Malone interacted with the Dybbuk Box, known as the most haunted object in the world and inspiration for the film The Possession, and then nearly died when his private plane’s tires blew out during takeoff.

TMZ also reports that Bagans acquired the electrodes taken off Manson’s body after he died, along with his hospital bracelet.

“This is probably the most powerful possession I now own at my museum,” Bagans told TMZ.

In related news, someone out there isn’t very happy with how Bagans is going about his business, especially when it comes to Charles Manson…

This is the video that Zak Bagans of Ghost Adventures doesn’t want you to see just yet. Why? It is not scheduled to be released until summer 2019 to capitalize off of the Tate/Labianca killings. While this sizzle reel was previously only available to insiders such as Jason Freeman (Manson’s supposed grandson) it is now being made for you to view. The footage only suggests what will be shown, but the grisly and ghoulish implication is all to clear. While at first glance it only appears to be a journey of a grandson to find his roots and an even loving portrayal of Manson, make no mistake that the highlight of this film will be exactly what the trailer implies: A gruesome depiction of a five month old corpse of an infamous person being prepared for an open casket funeral, the cremation and the spreading of the ashes that follow. No proceeds of this film have been said to go to victims families.

And even more Manson-related news, some pics of Margot Robbie playing Manson Family murder victim Sharon Tate in Quentin Tarantino’s Once Upon a Time in Hollywood have hit the web.

Margot as Sharon Tate is one of the best pieces of art I’ve ever seen pic.twitter.com/F34wpBKiR1