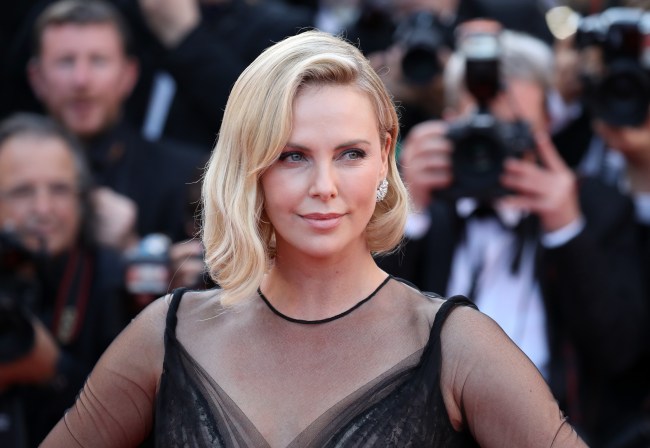 Imagine having the luxury of letting yourself go and instead of your family sitting around in a circle and reading letters about how they’re worried about you, you have the excuse of becoming a slob for your livelihood. Welcome to the life of Charlize Theron. The 42-year-old Oscar-winning actress has recently gained 50 pounds to play an overworked mom in her new movie Tully (out this May).

At first, Theron said she felt like a “kid in a candy store,” but eating began to feel like a full-time job. 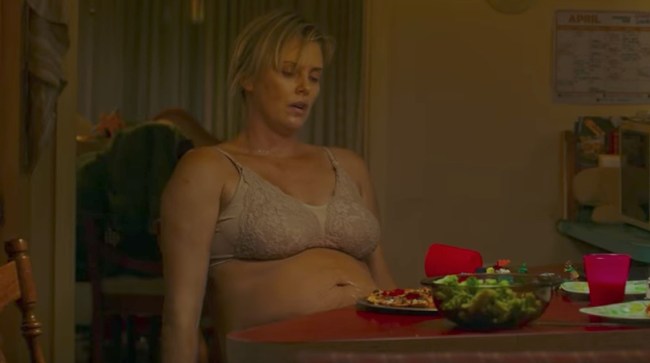 “It was fun to go and have breakfast at In-N-Out and have two milkshakes,” she said. “And then after three weeks, it’s not fun anymore. Like, all of a sudden you’re just done eating that amount and then it becomes a job.”

“I just I wanted to feel what this woman felt, and I think that was a way for me to get closer to her and get into that mindset,” she told Entertainment Tonight. “You know, it was a huge surprise to me. I got hit in the face pretty hard with depression. Yeah, for the first time in my life I was eating so much processed foods and I drank way too much sugar. I was not that fun to be around on this film.”

“I would literally wake up at two in the morning and I’d have a cup of cold macaroni and cheese just next to me,” she said. “I would wake up and I would just eat it…I would just, like, shove it in my throat. It’s hard to maintain that weight.”

Theron said that losing the weight after the movie wrapped up shooting at the end of 2016 was much more difficult that when she shed her excess weight from her Oscar-winning role in 2003.

“I was worried. I was like, this is taking a really long time,” she said. “Because on Monster, I just didn’t snack for five days and I was fine. You know your body at 27 is a little different than your body at 43, and my doctor made sure to make me very aware of that. Like, you are 42, calm down, you’re not dying, all good.”

I just turned 30 and I swear to a higher power that as I blew out the candles, 12 pounds stuck to my hips. And it ain’t getting better. I feel you, Charlize.