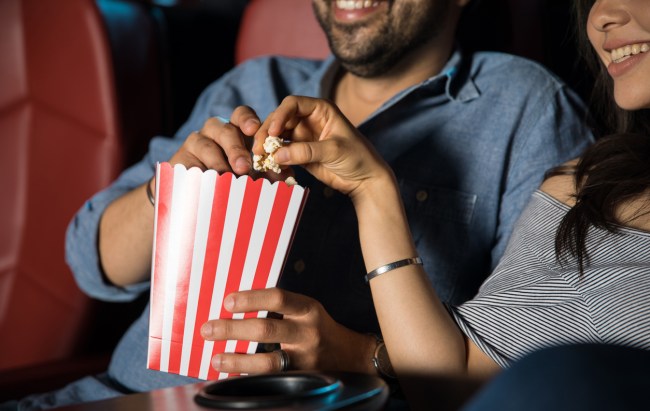 Last year, I was made aware of the magical thing that is MoviePass, a subscription service that lets you see as many movies as you want for an absurdly low price. No one really seems to know how MoviePass is able to make money (its parent company’s stock hits a new low practically every single day) but I’m not asking questions as long as the debit card they sent me continues to work.

Thanks to MoviePass, I was able to see all of last year’s Best Picture nominees for the price of a popcorn and a soda and have since harnessed the service to see a bunch of crappy horror movies in theaters instead of having to wait for them to become available on demand. However, not everyone is thrilled with MoviePass— namely chains like AMC and Alamo Drafthouse, who have instituted programs of their own to try to go toe-to-toe with the cinematic disruptor.

MoviePass basically pays for itself assuming you see at least one movie per month, but if you’re a more casual moviegoer, there’s an even cheaper alternative that could be a perfect fit for you. According to Tech Crunch, a company called Sinemia is offering plans starting at just $4 per month— at least for a limited time.

Here’s how their pricing works (at least until the promo ends on September 3):

MoviePass only allows you access to standard movies, so if you like a more immersive experience, Sinemia could be right up your alley. The only catch is you have to pay for a yearly subscription upfront but it’s still a pretty damn good deal.