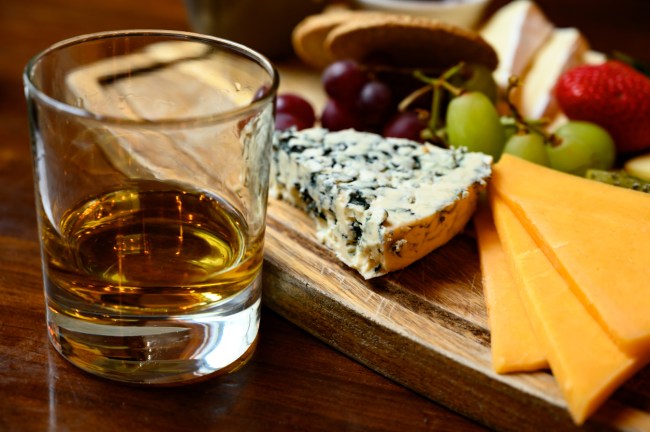 Crafty cops arrested a wanted drug dealer in a very strange fashion. The wanted criminal posted an innocent photo of cheese. Now, the drug dealer is facing over 13 years in prison after he didn’t give edam about breaking the law.

The law-breaking munster was illegally selling cocaine, heroin, MDMA, and ketamine in Britain. The drug dealer had the not so grate idea of posting a photo of cheese online.

The drug dealer was up to no gouda, it was actually stilton. After posting a photo of a block of Mature Blue Stilton online, police used the pic to analyze the fingerprints of the man holding the cheese.

The cheesy criminal was identified as 39-year-old Carl Stewart. Police tracked down Stewart from Vauxhall, Liverpool, arrested him, and likely asked him to say, “Cheese” when they took his mugshot.

JAILED | A man identified through a picture of a block of cheese is the latest to be jailed as part of #OpVenetic. Carl Stewart, 39, was sentenced to 13 & a half yrs in prison after pleading guilty to conspiracy to supply class A and B drugs. Read more 👉https://t.co/Mh9DrsxAR4 pic.twitter.com/2nNZpFdXK7

“Today we have seen another significant sentencing as part of national Operation Venetic, which came about after law enforcement officials in Europe managed to crack the ‘EncroChat’ service being used by criminals involved in serious and organized crime to carry out their business,” Detective Inspector Lee Wilkinson of Merseyside Police said. “As part of Operation Venetic, Merseyside Police has so far arrested more than 60 people, many of whom have been charged with serious drug trafficking or firearms offenses.”

Approximately 60,000 users of EncroChat have been identified from around the world, and about 10,000 of them are from the U.K.

There’s an expression amongst the British where they say, “hard cheese,” which means “bad luck.” That appears to apply to this situation. There’s also another British saying of “cheesed off,” which means a person is irritated. That also seems to be applicable to this odd news story.