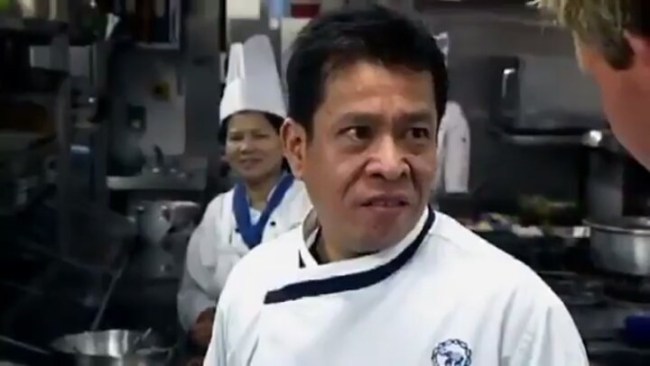 Chef Gordon Ramsay has built a culinary empire based on his cooking and his sometimes harsh criticisms of other chefs. However, back in 2009, Ramsay got a heaping helping of his own medicine. Ramsay is getting roasted after an old clip from the British cooking show The F Word resurfaced showing Gordon’s attempt at pad thai gets slammed by another chef.

Chef Chang had some abrasive criticisms of the MasterChef host’s cooking. “How is it?” Ramsay asked, which was immediately followed by, “Oh, no! Look at that face.” “This is not pad thai at all, no. Pad thai has to be sweet, sour and salty,” Chang said. “I think that doesn’t taste too bad,” Ramsay said defending his dish, “It’s not perfect.” Then Chef Chang dropped the hammer, “For you, but not for me.”

To be fair, the Blue Elephant didn’t have overwhelmingly amazing ratings on OpenTable and it appears that it closed down in 2016. So maybe Chef Gordon Ramsay’s pad thai wasn’t all that bad after all.