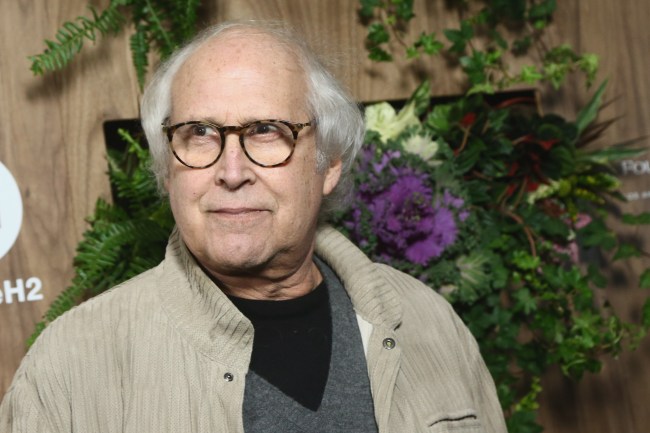 A woman at a Caddyshack event at the Atlantic City Borgata over the weekend made it her mission to embarrass Chevy Chase while he answered questions following a screening of the classic movie.

In a video obtained by The Blast, the heckler can be heard yelling “You’re boring!”

The woman reportedly then made her way closer to the stage and yelled at the 75-year-old comedian:

“Chevy Chase, my childhood hero. The hilarious Chevy Chase. This isn’t funny, this is boring … what is this?”

Chevy and the moderator then asked her to sit down and threatened to boot her from the event before another audience member yelled, “Jane, you ignorant slut!” (a reference to the controversial SNL skit featuring Jane Curtin and Dan Aykroyd). Chase then repeated the sentiment in the direction of the heckler, who was then escorted out by security.

Chase, who rose to fame as SNL‘s first breakout star, has had a bumpy second act to his career. He has earned the reputation of being stubborn and impossible to work with in Hollywood, most notably on his 2009 role on NBC’s late sitcom Community.

In a 2018 profile by Geoff Edgers of The Washington Post, the journalist describes Chase as “arrogant, unpredictable and mean,” but also “hilarious, sensitive and surprisingly supportive.” The piece paints Chase as a man willing to work again but has burned too many bridges, calling the current SNL “the worst fucking humor in the world” before taking shots at Will Ferrell, Eddie Murphy, Tiny Fey, and Kristen Wiig.

Chevy will appear at the Landmark Theatre in Syracuse on December 17th for a Q&A following a screening of National Lampoon’s Christmas Vacation. It remains to be seen if the heckler purchased tickets.