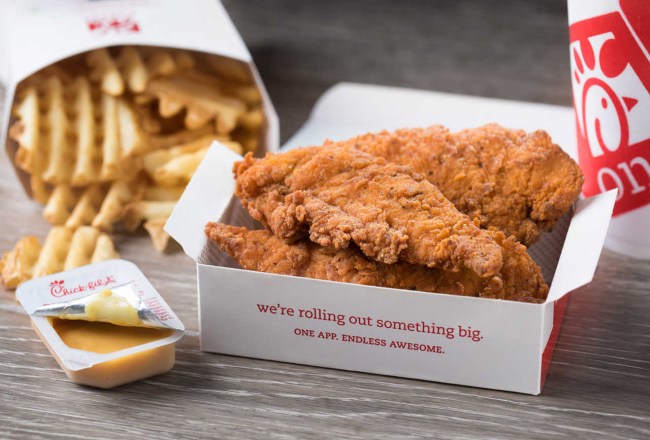 I could eat Chick-Fil-A five times a week and never get sick of it. They hit the sweet spot when it comes to delicious fried chicken sandwiches and nuggets. And now a new menu item is being tested in select markets and I can hardly contain my excitement for it.

Chick-fil-A is testing their brand-new Spicy Chick-n-Strips in Phoenix on the heels of taste tests a year ago in Philadelphia, Central Texas, and South Texas. So just imagine the existing Chick-Fil-A strips but now with an amazing blend of peppers.

As a spicy food snob, it’s literally my idea of fast food heaven.

They hit menus in Phoenix on August 25.

In the meantime, I’ll be chillin’ with the memes, ready to bite my chompers into a four-pack of these.