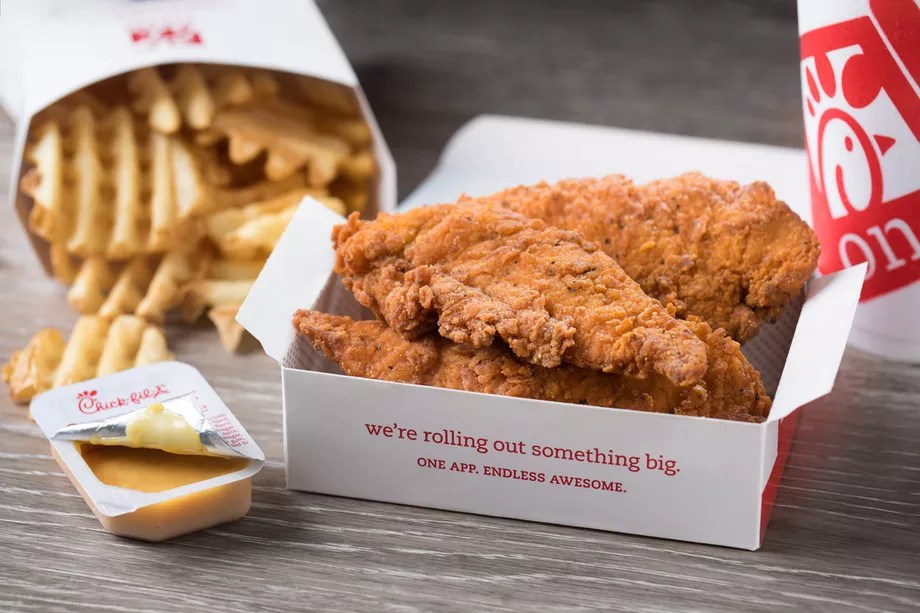 How old were you when you found out that hole was for your straw so you could use your cup as a table ???

However, Chick-fil-A says that the hole in the box is not made for a tiny table on your drink. Some people suggest that the hole is not for a table but rather to allow steam to escape so your crispy nuggs don’t get mushy. But Chick-fil-A set the record straight and told TMZ that there are “three tabs on the back of the boxes and they’re pushed in by employees to designate whether the box contains nuggets, strips or ‘other.'”

The U.S. is lagging far behind Japan, which has been using the straw hack to secure food for more than a year.

So while the hack looks great, you may want to keep your eyes on the road and not your nuggs. Eating while driving is apparently pretty dangerous. The National Highway Traffic Safety Administration (NHTSA) estimates that the distraction of eating or drinking from an open container while driving increases the likelihood of near-miss crashes or crashes by nearly 39 percent. A 2014 study found that drivers who were eating or drinking while operating a motor vehicle were 3.6 times likely to be involved in a car crash. But how can you possibly not eat those crispy waffle fries that will taste half as delectable when you get home.