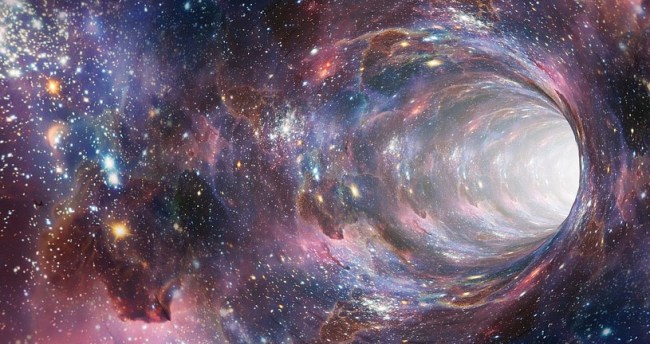 Viewers of a recent BBC news report got the surprise of their lives when a small child suddenly “teleported” into the scene they were watching.

Or at least it certainly appeared that is what happened.

WTF… does anyone else see the child teleport? pic.twitter.com/P0ju9J9cby

“WTF… does anyone else see the child teleport?” asked one viewer on Twitter user, which, because internet, led to a plethora of interesting responses.

Wow. @DrWhoOnline needs to investigate. We have a break in the time continuum. Time’s gone wibbly wobbly!

Star Trek is real. I knew it.

Did anyone else hear the Tardis vworping? No? Well…

That's fascinating. If you frame by frame it you can see that the way he seems to stretch in vertically is a video compression artifact. But why he wasn't there and then suddenly he is I simply can't explain

Don't be silly there is no such thing az teleporting it was a ghost.

Actually, there is a much more simple explanation.

One of the folks who also watched the video happened to be Tom Richell, the head of video at British news website The Independent.

Richell responded to the original tweet with the following explanation…

“So obviously, despite claims, he’s not teleporting (shame imo). It has been edited, but hang fire on the BBC bashing please.”

“The edit itself makes use of a transition which uses face tracking and something called optical flow interpolation.”

“The idea is to smooth over jump cuts in interview or talking head segments. Adobe users like me know it as Morph Cut. I think it’s called Flow on FCP.”

“It basically takes the two shots and mashes them together in such a way that the harsh cut between them is smoothed over.”

“When you’re turning stuff around quickly (like this will have been) mistakes creep in. This is nothing more than an innocent coincidence. Sorry to disappoint y’all.”

Wow. That was way less fun than teleportation. I think I will stick with that as the only possible explanation for child suddenly appearing, damn the logic.