China’s ‘Artificial Sun’ Just Set A Record Temperature Of 288 Million Degrees, Which Isn’t At All Concerning 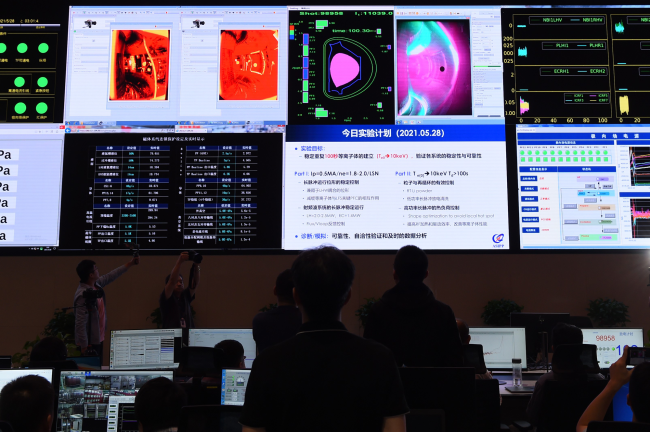 Once again we, the human race, are faced with someone pushing the limits of the concept that just because we can do something doesn’t mean we should do it.

This time it’s the Institute of Plasma Physics of the Chinese Academy of Sciences that is putting that idea to the test with their experimental nuclear powered “artificial sun” – the Experimental Advanced Superconducting Tokamak (EAST).

Why yes, that is more than 10 times hotter than the sun’s core. What could possibly go wrong?

“The breakthrough is significant progress, and the ultimate goal should be keeping the temperature at a stable level for a long time,” Li Miao, director of the physics department at the Southern University of Science and Technology in Shenzhen, told Global Times.

The HL-2M Tokamak device, which was switched on last December, is designed to replicate the natural nuclear fusion process that powers the sun, inspiring its nickname. With the use of powerful magnets and extreme heat, fusion reactors merge the atomic nuclei of plasma gases, yielding enormous power and heat.

The HL-2M Tokamak works by superheating light elements such as hydrogen to create a hot plasma, a cloud of charged particles, which when hot enough, collide and produce a heavier element, for example helium, while generating massive amounts of energy in the process.

The HL-2M Tokamak is part of the International Thermonuclear Experimental Reactor (ITER) facility, a partnership of 35 countries estimated to cost $22.5 billion that aims to build the world’s largest nuclear fusion reactor – second only to the International Space Station in size when it comes to global science projects.

They hope to have that completed in 2025 and fully operational by 2035. What could possibly go wrong?!