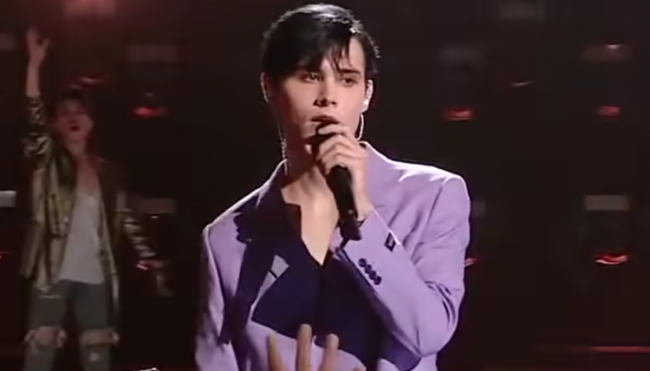 In 1992, MTV became the first network to really capitalize on the “Throw A Bunch Of Strangers Together In A Confined Space And Film The Drama That Ensues As Human Nature Inevitably Runs Its Course” formula that has served as the basis for countless reality television shows that came in its wake.

It’s a tried-and-true blueprint that fans of reality TV continue to eat up decades after it took the world by storm, as is the case with another classic format that somehow still hasn’t gotten old: Literally Anyone Singing Literally Anything.

Produce 101 features scores of aspiring boy-band members sequestered on an island while competing for the chance to earn one of the 11 spots in the final group and live their ultimate dream. However, according to The Washington Post, the most recent season featured a reluctant contestant who actually found himself thrust into a living nightmare.

When Russian native Vladislav Ivanov made the trip to where the show was being filmed earlier this he, he was simply planning to serve as a translator for a couple of friends from Japan who’d successfully audition for a chance to punch their ticket to superstardom. However, he was ultimately the one to get that treatment after he was unexpectedly recruited to get in on the action and subsequently got to experience what it’s like to be the central character in a Franz Kafka story.

Ivanov made it very clear he could not care less about advancing in the competition, but that strategy backfired after the denizens of the internet orchestrated a campaign to ensure he’d make the cut.

As a result, he found himself stuck on a body of land in the South China Sea without access to his cellphone and essentially held hostage thanks to a contract he couldn’t break without shelling out a hefty sum. He also amassed an army of fans with an ironic appreciation for his disdain for the show they refused to let him lead despite frequent pleas like these:

“Dancing and singing every day, I’m really exhausted and now starting to regret my decision….

According to the rules of the show, I won today. But to me, I’ve lost again. I don’t want to be in the group. My dreams are to make designs, enjoy freedom, and be a model.”

Luckily for Ivanov, those voters agreed to call off the dogs prior to the vote that would’ve made him an official member of the group he wanted to part of, and he managed to secure his freedom after failing to make the final cut when the winners were announced last weekend.

The internet remains undefeated in its ability to make other people’s lives an inescapable hell.