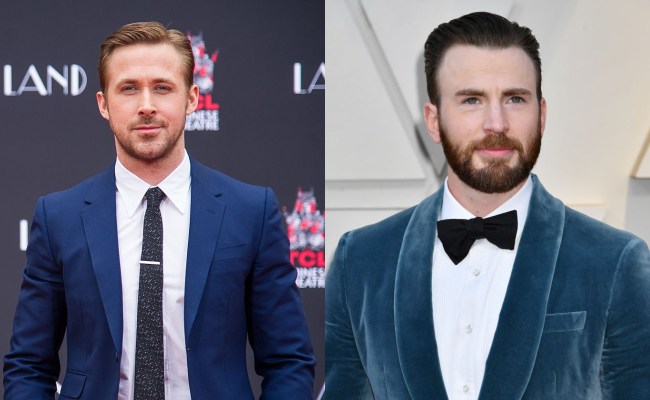 Considering that good news related to the film industry is few and far between these days (for example, I just saw a report speculating that movie theaters won’t be opened against until mid-2021), this gem that Ryan Gosling and Chris Evans are teaming up for a Netflix spy thriller directed by the Russo Brothers — who directed a little movie called Avengers: Endgame, ever heard of it? — is an absolute home run.

The Gray Man, which follows a freelance assassin & a former CIA operative, will be Netflix’s biggest-ever movie with its $200 million budget.

“The action thriller is a deadly duel between killers as Gentry (Gosling) is hunted across the globe by Lloyd Hansen (Evans), a former cohort of Gentry’s at the CIA. The Gray Man turned into a bestselling book series, and the expectation is that Gosling will continue in multiple installments. The project was developed years back at New Regency as a Brad Pitt/James Gray vehicle, but it stalled. The Russos have quietly been developing it for years.” [via Deadline]

In an official statement, Anthony Russo said that those who enjoyed Captian America: The Winter Soldier will be into The Gray Man because it’s a step further into the real world of espionage.

“The movie is a real mano a mano between those two great actors, who represent two different versions of the CIA, in what it can be, and what it can do. For those who were fans of Captain America: Winter Soldier, this is us moving into that territory in more of a real world setting. That’s what this movie really means for us,” Russo told Deadline.

Netflix is understandably eager to get back into business with the Russo Brothers, as their most recent project for the company, Extraction, has gone on to become their most popular original film ever.