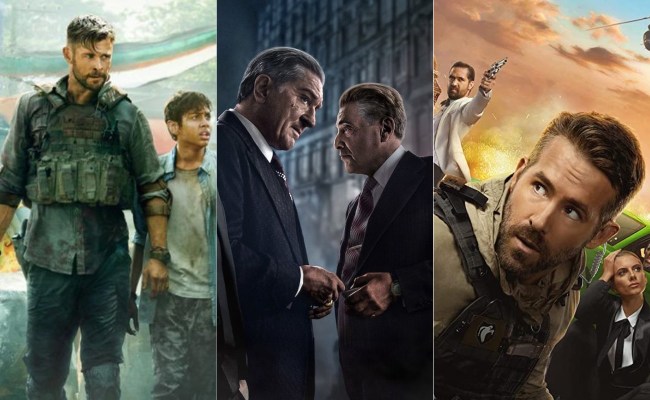 For all of their rampant success, Netflix is usually quite mum about the specific data behind their prosperity. Why? Hell if I know. As far as I’m concerned, Netflix can be run by aliens and the reason they don’t want us looking under the hood is because they’re greedily hoarding their alien technology. Not really my concern, either, as long as they keep giving us that gas.

Still, given their status as the future of entertainment, pop culture fans are inherently fascinated by the countries viewership, whether it be through the prism of overall subscribers or the number of people who tuned in to a specific movie or series.

As mentioned, while Netflix has traditionally kept those numbers, they’ve finally lifted up the curtain behind their film branch, as they recently revealed to Bloomberg their Top 10 most popular original films of all time.

Perhaps most interestingly is the fact that all of these movies are relatively new: the oldest movie on this list is Bird Box, which hit the streamer back in December 2018. The rest of the films on this list have all been released in the last two years, as Netflix has become just as much of a movie company as a TV company.

In the coming years, I’m willing to bet that the Dwayne Johnson/Ryan Reynolds/Gal Gadot starring action flick Red Notice — which is set to drop next year —  will crack the Top 3.