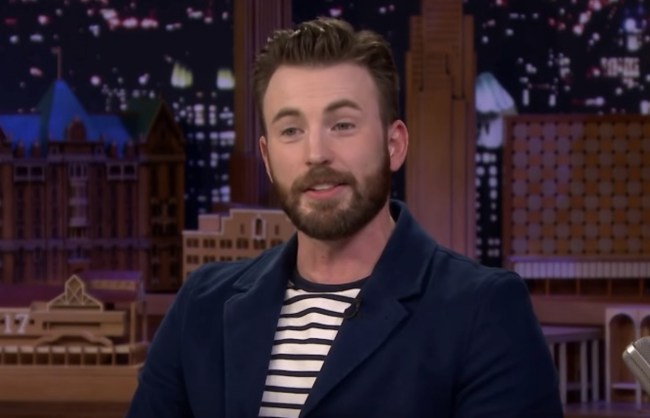 Just a heads up, if you haven’t seen Avengers: Endgame yet there are plenty of spoilers ahead with regards to that movie. So, if you’re planning on holding out until it comes out on Netflix then you might want to peach out now, but for anyone who has seen the movie then keep on reading because you’ll enjoy this.

Chris Evans aka Captain America was a guest on The Tonight Show Starring Jimmy Fallon and enough time has elapsed between Endgame hitting theaters and his public appearances where Chris can finally talk about the Avengers franchise without fear of leaking massive spoilers. It was almost therapeutic for him being able to openly talk about these things.

One thing I didn’t particularly love about this clip is it seemed extremely obvious to me that they’d discussed backstage something along the lines of ‘Chris has this story about Mackie that will be good’ because Jimmy Fallon very clearly and deliberately led him to telling this story without it looking organic at all, but it’s still a great story.

It turns out, Chris Evans knew about that final Captain America scene of Avengers: Endgame long before Anthony Mackie whom he hands off the Captain America shield too. Evans recounts sharing that scene with Mackie before watching some Sunday football in Atlanta. Check it out:

I love that part about Thor’s hammer. You just KNOW that it must’ve gotten under Chris Hemsworth’s skin when they were like ‘Thor, we know you think you’re the only pure one but the Captain is going to wield your hammer like it’s nothing.’ Hemsworth was probably lording that hammer over his costars for years and it all came crashing down in that final film.

Based on his IMDB credits, it appears that Chris Evans has been staying busy since finishing Avengers: Endgame. He has two movie credits after Endgame and is working on two more projects at the moment, a Defending Jacob TV series and Jekyll.