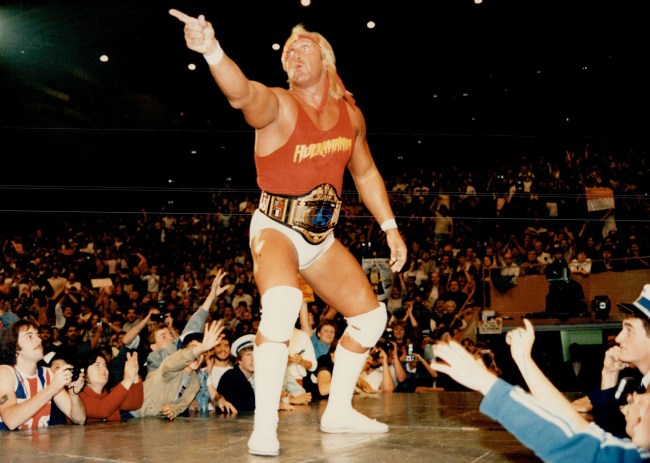 Chris Hemsworth is accustomed to playing a larger-than-life superhero in films but an upcoming role as professional wrestling biggest star is giving the actor a peek into a world even crazier than the Marvel Universe.

Hemsworth has signed on to portray Hulk Hogan in an upcoming biopic for Netflix.

The film is being directed by “Joker” filmmaker, Todd Phillips.

Even though Hemsworth has yet to see a script, the actor told ScreenRant that he’s excited to get started. Thanks in part to a new fascination with the world of professional wrestling.

“Look, I haven’t read a script yet, Hemsworth told Screen Rant during an interview about the upcoming film Extraction. “I know it’s being written now and worked on. I know very little about that. It’s sort of in the process now.

I’m just fascinated by that world, and I think they’re pretty keen to show a side of the world that people haven’t seen before,” Hemsworth said. “I’m as intrigued as you are.”

Hogan is a consultant on the film and early rumors make it sound as though the film is more about the world of professional wrestling than about the life of Terry Bollea, the person.

“The film will feature Hogan’s early years in the sport, starting with his 1970s stint with the Florida wrestling circuit and rising to the point where he was the face of the World Wrestling Federation during the 1980s.”

There’s no shortage of material on the seedy underbelly of sports entertainment. After a successful first season of “Dark Side of the Ring”, Vice is in the middle of a second season that’s a must-watch for hardcore wrestling fans and casual observers.

The film will probably avoid covering Hogan’s issues later in life, including his awful audio moments after sex, calling Corona a “punishment from God”, and posting photos of his wife on the beach in the middle of a pandemic.

For those interested in Hogan’s sex scandal, check out “Nobody Speaks” on Netflix.

Before Hemsworth tackles Hulkamania, the A-list celeb is promoting his role as mercenary Tyler Rake in the Netflix action-thriller “Extraction” and will once again play Thor in “Thor: Love And Thunder.”