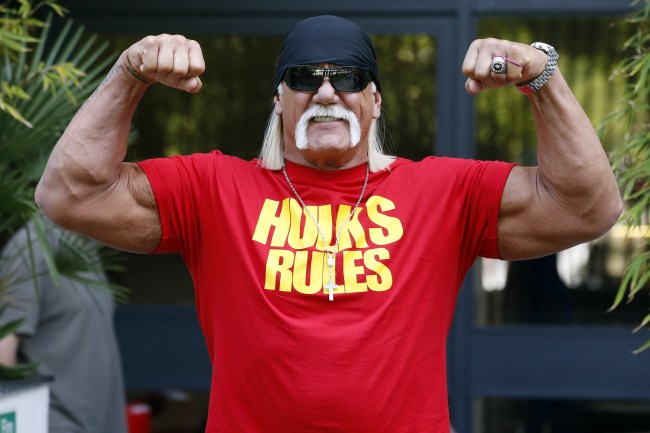 It shouldn’t be of any surprise to anyone that Hulk Hogan is an avid Believer. You don’t score $31 million for fucking your best friend’s wife without a direct line to God Himself. Only the Hulkster, man.

The 66-year-old has offered his perspective on the pandemic, and if it were up to him, medical professionals would administer patients the Communion instead of breathing apparatuses.

Buckle up, folks. Hulkster’s driving and I think he’s had too much blood of Christ.

Word up, can you handle the truth my brother only love HH

“If my people who are called by my name will humble themselves and pray and seek my face and turn from their wicked ways, then I will hear from heaven and will forgive their sin and will heal their land.”

Maybe we don’t need a vaccine, Maybe we need to take this time of isolation from the distractions of the world and have a personal revival where we focus on the ONLY thing in the world that really matters. Jesus.

Yes, Jesus matters I guess, but I have asthma, bro.

Over/under on when the sex tape is released between Hulk and the woman featured in the video below. Two months? I’ll take the under. God is with me.

CNN: “Aren’t you concerned you could go infect other people who don’t go to this church?”

I’d watch. Nothing better to do.