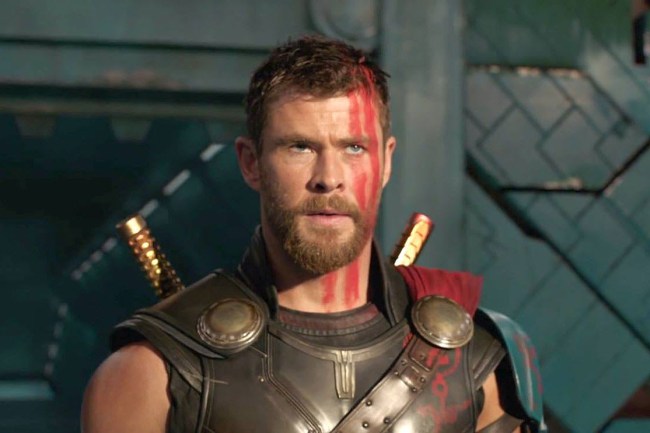 As you know, deja vu is the phenomenon of feeling like you’re reliving a situation, almost as if you’ve been there before — “deja vu” literally translates to “already seen”. What I generally experience is its twin brother, déjà rêvé, which is feeling as though you’re reliving a dream, not a memory. Put simply: it’s fucking wild. I frankly don’t have the writing capabilities to explain the phenomenon any further than that. It’s like asking someone how to lucid dream or what DMT feels like: it can’t really be described.

Chris Hemsworth starring in a Mad Max movie qualifies as déjà rêvé. It may not be something you were thinking about before, but once you hear it, it makes you wonder whether you’ve always known that this is what you wanted, almost as if you dreamed about it before.

First and foremost: dude is Australian as fuck. Aggressively Australian, which is obviously perfect for the world of Mad Max created by George Miller (an Australian).

EXCLUSIVE: New character details for #MadMax Furiosa and #chrishemsworth being eyed for the role. #MadMaxFuriosahttps://t.co/ZSxxpYe5UA

As for what this new Mad Max film is set to be, it was confirmed earlier this year that it will be an origin story about Furiousa, Charlize Theron’s character in Mad Max: Fury Road. While nothing is official at this time, reports have indicated that Killing Eve star Jodie Comer is being to star. As far as casting goes, both Comer and Hemsworth would be home runs — Comer is just 27-years-old and already has an Emmy Award for Best Actress under her belt, while Chris Hemsworth is arguably one of the world’s most bankable A-listers at this stage given his roles in the MCU and Extraction, which quickly became Netflix’s biggest ever movie.