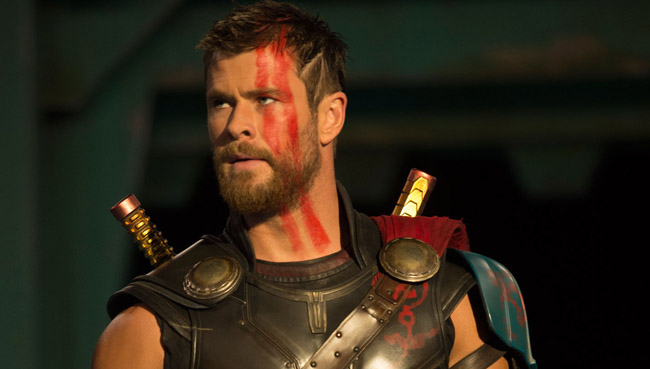 Chris Hemsworth is low-key one of the funniest guys in Hollywood. If you didn’t see him in the Ghostbusters reboot (and most of you didn’t) his comedy was one of the highlights of the movie.

Then there were those videos of Hemsworth, playing Thor, throwing shade at the other Marvel superheroes for leaving him out of Captain America: Civil War, and then these videos of Thor with his new roommate Darryl.

The best though might have been the video he made showing his response a “secret Avengers rehearsal.”

Today, however, Hemsworth has his sights on the sporting event everyone is talking about this week: Floyd Mayweather vs. Conor McGregor.

Obviously, based on the video above showing what he thinks of his co-workers in The Avengers, he’s not going to be very impressed with Mayweather and McGregor either. And he isn’t…