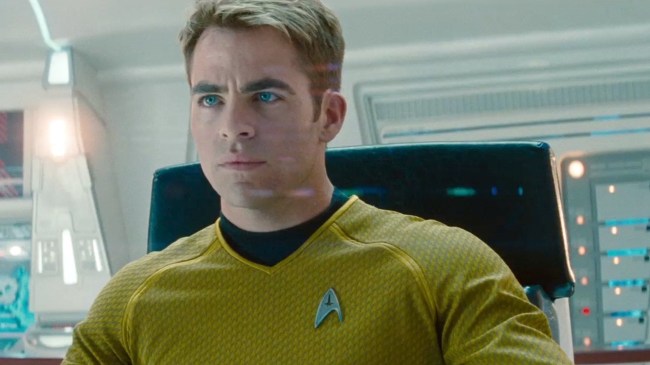 For essentially as long as I can remember, beloved director Quentin Tarantino has claimed he’ll be self-imposing a cap on his directorial output and retiring from directing following his tenth feature film.

Depending on how you count Kill Bill: Volume 1, Kill Bill: Volume 2, and Deathproof, Tarantino’s next film very well could be his last (I doubt it). And not only that, but his next film, and also perhaps his last film, could also be a first in the auteur’s storied career: a franchise blockbuster.

As we’ve reported quite a few times on this here website, Tarantino has long-teased the potential of helming an R-Rated Star Trek based on a script he penned himself. While nothing concrete has ever come of the project, Chris Pine — who starred as Captain Kirk in the previous (and underrated) three Star Trek film — certainly sounds like he’d be game to take part. I mean, who wouldn’t? An R-Rated Star Trek from Quentin Tarantino is just one of those ideas that sound appealing to anyone and everyone involved.

“You know, I haven’t [read a script],” Pine says. “I really, in terms of the Star Trek of it all, I wish I knew anything. I’m quite literally one of the last people ever to find out. So, I haven’t read that script, I don’t know where it is in development, I haven’t read the Noah Hawley script, I have no idea what’s happening in Star Trek land. But I love the character, I love the universe, I love my friends in it, you know, to have a Quentin take on it would be tremendously interesting and entertaining. You know, look, whatever happens, if I come back or not, it’s a great universe, it deserves to have a future, and I hope that is the case.” [via ComicBook]

Tarantino has long been teasing his version of Star Trek — there’s even rumored to be a script out there — so the possibility of Pine returning to the role of Captain Kirk is certainly still alive. Barely, but alive nonetheless.