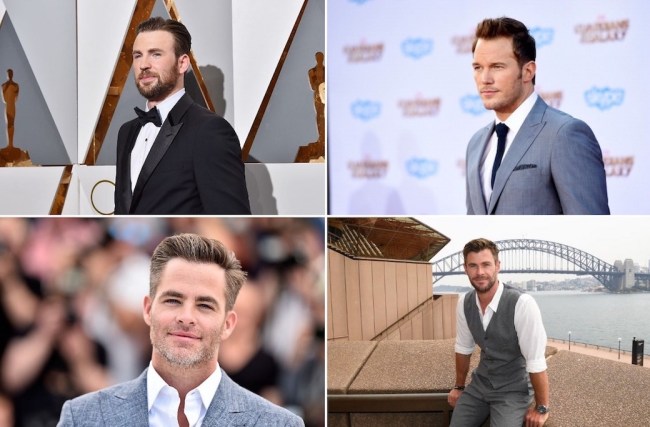 Earlier this week, the internet did what the internet does, which is essentially create a shitstorm out of nothing in order to keep themselves occupied. In this case, it was trying to cancel Chris Pratt through some combination of his political affiliations and his ranking in the hierarchy of Chrises, which consists of himself and Chris Evans/Hemsworth/Pine. Naturally, in response, the celebrities did what celebrities do and made asses of themselves by rushing to his defense on social media, which is, as we all know, is the preeminent forum for litigating and debating the character of a human being, especially one that lives in the public spotlight.

With all of this chaos unfolding across the web, we here are BroBible, as a group of men who also have first-names (we even have our own Chris!), felt an obligation to use our esteemed and collective knowledge to sort through all the noise and bring you, the people, the definite Ranking of the Chrises. 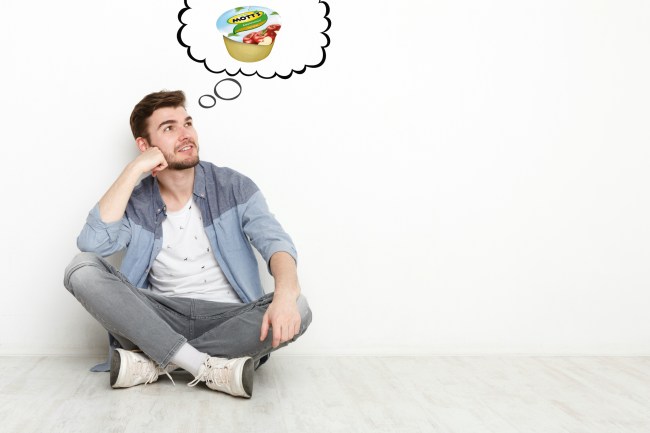 Whomst among us doesn’t know what Criss-Cross applesauce is? A staple of our Kindergarten years, criss-cross applesauce brings us back to a time where instructions had to be layered playfulness in order to be understood. Good luck telling a kid to “sit still” or “calm down” — may as well Stone Cold Steve Austin chug two cans of Coke. Telling them to criss-cross applesauce, on the other hand, is essentially a trigger word, like the ones hypnotists use. Speak these magic words and the previously rambunctious child will have those legs tucked away before they even know what hit ’em. 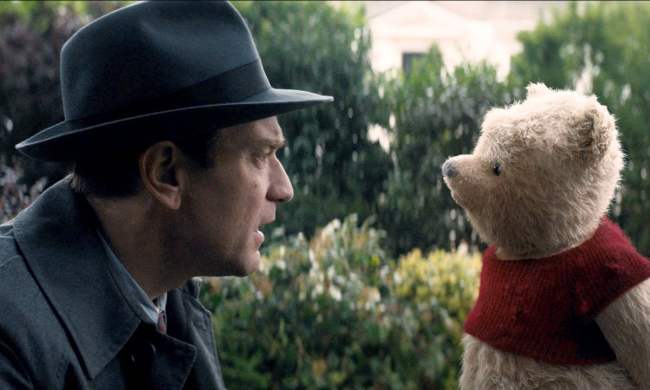 Sticking with the nostalgia theme, in comes the friendly neighborhood Christopher Robin, the child at the center of the Winnie the Pooh stories. Just seems like a solid, well-intentioned lad. We could all use a Christopher Robin in our lives. 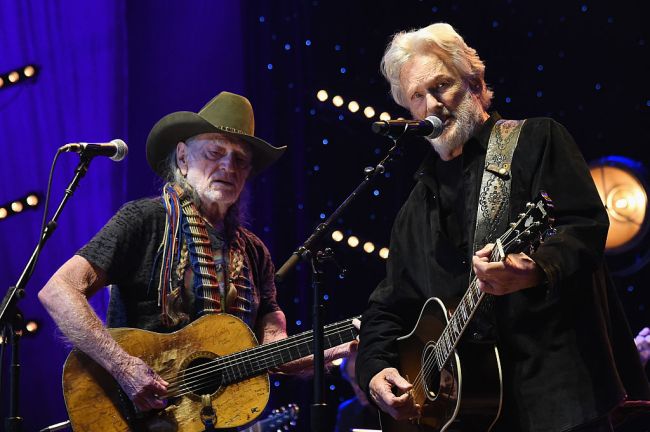 When I was asked if I was interested in contributing to this particular endeavor, I immediately called dibs on Kris Kristofferson and realized almost as quickly that I didn’t actually have any idea who he was; he’s sort of like Andy Dick or Kristin Cavallari in the sense that I knew he was famous for some reason but I had literally no idea why.

After doing some research, I learned Kris2tofferson is a bit of a Renaissance man who is a fairly hallowed figure in the world of country music (and possibly the long-lost brother of Jeff Bridges). He first made a name for himself thanks to his songwriting prowess and eventually went front collaborating with well-known artists to playing alongside Willie Nelson and Johnny Cash as a member of the Highwayman in addition to dabbling in acting over the years (he even earned a Golden Globe nomination for his performance in the original version of A Star is Born).

His résumé is impressive enough on its own but it’s even more remarkable that he was able to achieve so much when you consider he certainly didn’t inherit the creativity gene from his parents based on the first name they opted to go with. I can only imagine his dad was supposed to pick up one of those books full of baby names but never got around to it before his mom’s water broke, and when the birth certificate got thrust in front of them at the hospital, they panicked and just decided to plagiarize their last name. [written by Connor Toole] 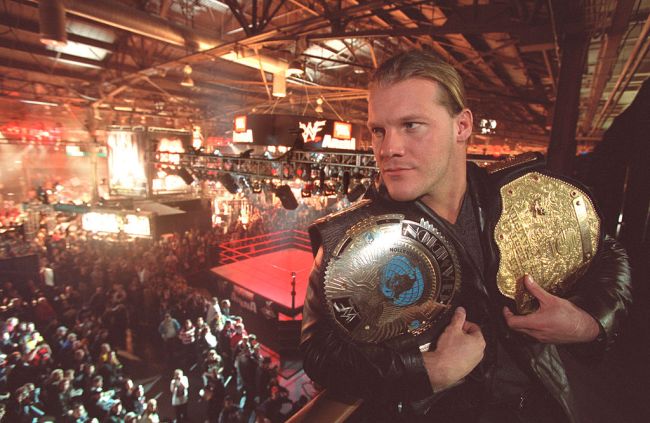 Chris Jericho once dubbed himself “the best in the world at what he does” and it’s hard to argue. This Chris does it all – wrestler, writer, actor, podcaster, and singer.

Jericho is not only a legendary in-ring performer, he’s also the frontman for an amazing heavy metal band, Fozzy, competed on Dancing With The Stars, and appeared on a hilarious sitcom that not many people remember.

The man has reinvented himself so many times over the last twenty years, it’s hard to choose which part of his career is the best, so let’s just say all of it. [written by Chris Illuminati]

5. That Christopher Columbus Scene From The Sopranos 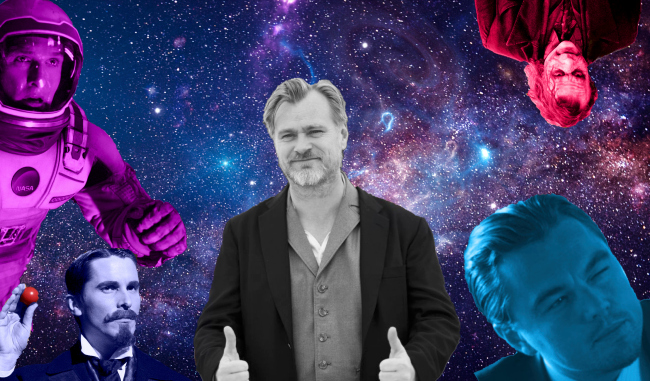 From our in-depth piece on Christopher Nolan’s movies ranked by how confusing they are:

“Since the turn of the century, Nolan has been cinema’s primary pioneer, as his films are not only pushing boundaries, but they are doing so on the largest possible scale — Nolan isn’t experimenting with arthouse indies but reshaping the landscape of global blockbusters. And that’s what makes Nolan so important: not only his willingness but his apparent determination to find increasingly new ways to tell grand stories.”

Nolan is, almost inarguably, the most influential filmmaker of the last 20 years. Even Martin Scorsese had to go to Netflix to get The Irishman made — meanwhile, Nolan has the weight to push Tenet, yet another big-budget original idea, into theaters into the midst of a pandemic. That sort of cinematic power that only comes with a proven and consistent quality of the highest order. 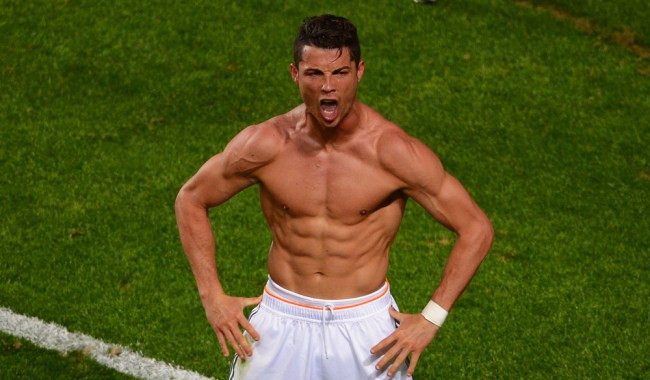 Arguably the greatest-ever player in the world’s most popular sport of all-time — I’m a Messi guy myself, but there’s certainly a discussion to be had, as this one is actually more tightly contested than the MJ vs. LeBron debate — Cristiano Ronaldo is not only a historically elite athlete but one of the biggest celebrities our world has ever seen, as he’s currently the most followed person on Instagram with (at the time of this writing) 241 million followers, which is more than Beyonce, all of the Kardashians, the Rock, and Ariana Grande. 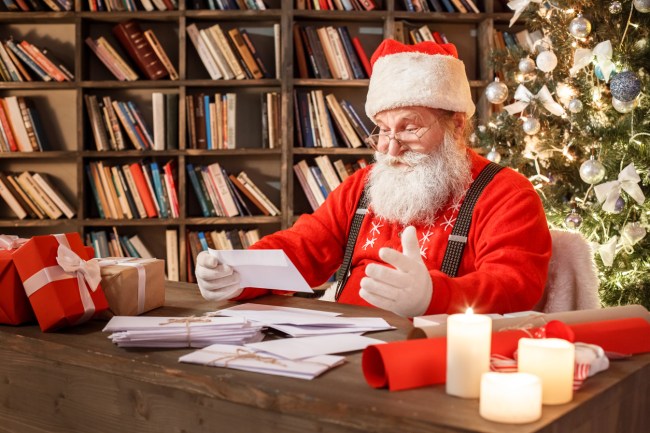 Otherwise known as Santa Claus, ever heard him?

If you’ve made it this far through the absurdity, I suppose we owe you what you actually came for, an actual Ranking of the Chrises, which was decided by me and me alone, a noted Eric.

4. Chris Pratt: As I said to my co-workers, imagine Chris Pratt in Snowpiercer or Knives Out. Meanwhile, for instance, imagine any of the other Chrises in Jurassic World. Point made. That said, while Chris Pratt may be the least talented Chris, is undoubtedly a bigger movie star than Pine and perhaps even Hemsworth. And guess what? That’s okay! Being a movie star looks like far more fun than being an actor.

3. Chris Pine: Despite starring in three Star Trek films and alongside Gal Gadot in Wonder Woman, unquestionably one of the best comic book movies of all-time, Pine is perhaps the most underrated of the Chrises, which likely has to do with the fact that he’s the only of the four yet to take on the tights of a traditional superhero.

But when it comes to both acting talent and dexterity, Pine might actually be the superior Chris, as his filmography includes more diversity than any other actor on this list. From leading the Star Trek franchise to playing second fiddle in Wonder Woman, from comedic scene-stealers like his Horrible Bosses 2 character to playing soulful bank robber in Hell or Highwater, Pine’s greatest talent is his talent.

2. Chris Hemsworth: There was a time where Thor and his movies were the weakest part of the Marvel Cinematic Universe. I certainly agree, as Thor and its sequel Thor: The Dark World, consistently rank in my bottom three MCU movies of all-time. But then, through the combination of trial-and-error and Taika Waititi’s excentric brilliance, the Mouse House realized that Thor isn’t the star of the show, but rather, the actor who plays him is.

From there, Disney churned out Thor: Ragnarok, leaning on Thor’s inherent weirdness and Hemsworth’s substantial comedic sensibilities. Then, over the course of Avengers: Infinity War and Avengers: Endgame, that newfound sense of humor was subverted, with Thor instead serving as the emotional anchor of the arc.

Toss in a charming yet unsuccessful effort in the new Men In Black, a role in the widely-panned Ghostbusters movie that’s considered to be the funniest part of the film, his Netflix record-breaker Extraction (and its eventual sequel), and his casting in the upcoming Mad Max prequel, and you find yourself with one of the world’s most bankable movie stars. Not to mention the fact that Thor is set to become the first MCU character to get a fourth solo movie.

1. Chris Evans: This Chris, the Ultimate Chris, can do action (Avengers), drama (Gifted, Puncture), action-drama (Snowpiercer), comedy (Scott Pilgrim vs. The World, Knives Out, his role is inherently comedic), and romance (Before We Go). There is nothing this Chris can’t do.