Chris Rock Says He Was Asked To Host Next Year’s Oscars, Compared It To Being Murdered By O.J. Simpson 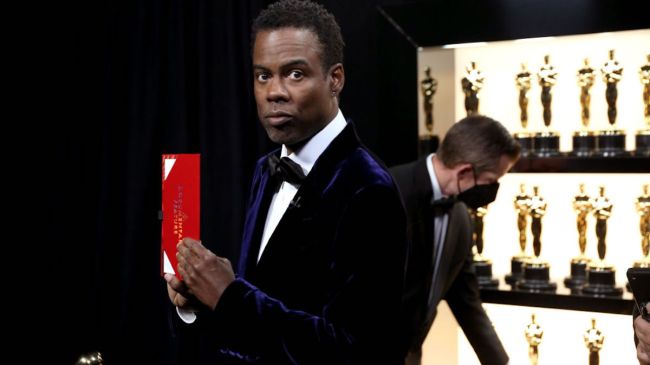 The Academy Awards reportedly asked 57-year-old stand-up comedian and actor Chris Rock to host next year’s ceremony despite being slapped by Will Smith at this year’s show, according to reports.

Speaking to the crowd at a show in Phoenix on Sunday, Rock revealed that the Academy asked him to return next year but that he turned the offer down because he felt like it’d be returning to the scene of the crime.

Referencing the murder trial of O.J. Simpson, Rock told the crowd at Arizona Financial Theatre that going back to the awards ceremony would be like asking Nicole Brown Simpson “to go back to the restaurant” where she left her eyeglasses before being killed. [via The Los Angeles Times]

In addition to the offer from the Academy, Rock said he also turned down an offer to appear in a Super Bowl commercial that poked fun at the incident.

Whoever does ultimately host next year’s Academy Awards, you can guarantee that a joke about Will Smith and Chris Rock will be included in the opening monologue.

While Rock’s pride might have been damaged that night, Will Smith has undoubtedly come off the worse of the two, as “The Slap” has completely altered the trajectory of his career. What should’ve been a culminating celebration of his three-decade-long career with a Best Actor win will instead be remembered as the lowest point of Smith’s career.

RELATED: Will Smith’s Q-Score (Basically His Approval Rating) Has Taken A Nose Dive Due To The Oscars Slap