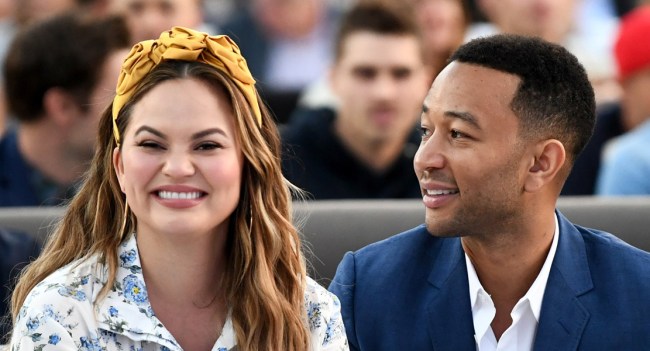 Two of the best people to follow on social media, and especially on Twitter, are Ryan Reynolds and Chrissy Teigen. And that is because if you are a fan of trolling, those two have taken it and made it into an art form.

Now we’ve already seen just how savage Teigen can be on social media when it comes to making fun of her husband John Legend’s sports acumen.

This is made even more funny by her own lack of sports knowledge, of which she readily admits she has none. (Despite thinking about buying a sports team and asking the Seattle Mariners to rename their park after her.)

So, when Legend and his buddies got together over the weekend at her house for a fantasy football draft, there was no way she wasn’t going to take her fans behind the scenes, as only she can.

please watch my insta stories for the tale of my first fantasy draft day. I’m not in a league but wow, this is fascinating

I was so excited to buy this giant white board. I didn’t know it’s all online (this is their league name lmao what doofuses I love them) pic.twitter.com/G8Ht31iWlL

I had hats made pic.twitter.com/xLzE2YG7Px

If you haven’t watched Teigen’s Instagram story of the big fantasy football draft day, you can, and should, watch it here. So good.