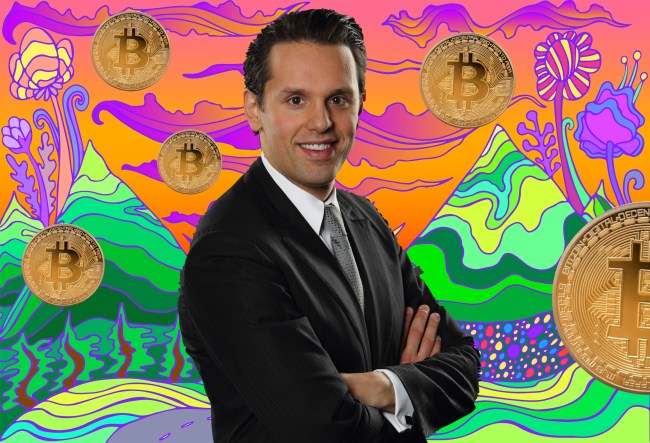 If the words blockchain, crypto, and NFTs make you feel like a giant dumb-dumb, help has arrived. All you need is set, setting, and the number to your local psychedelic dealer.

The 42-year-old billionaire’s family office, Apeiron Investment Group, has been the lead investor in seven companies that have gone public in the past 12 months, raising more than $1 billion combined, according to a new profile on Bloomberg.

In the Bloomberg piece, Angermayer credits one single experience in 2015 to his massive financial success: taking magic mushrooms.

A conversation Angermayer had with a neuroscientist at a dinner party eight years ago sparked his interest, followed by a chart by British researcher David Nutt pinning mushrooms dead last on his list of 20 drugs by their harmfulness. Alcohol was number 1.

Angermayer’s first psychedelic occurred in the Caribbean (where it’s legal) in 2015 with a group of close friends.

“It was the single most meaningful thing I’ve ever done in my whole life, nothing really comes close,” he said.

He can’t quite pinpoint why, but he said it was a moment of profound self-insight and quieting of the ego. He said he finally understood Bitcoin.

A year later, he tried mushrooms ago, experiencing another profound ego dissolution. This time, he was so moved by his trip that on his way home, he stopped in New York where he told his Cryptology Asset Group co-founder Mike Novogratz about his idea to commercialize psychedelics.

“We know that (psychedelics) are safe, and we know that they work. So it is very likely they will get approval in time. You can’t say that about most new drugs.”

– @novogratz on the future of psychedelic medicines

Shortly thereafter, Compass Pathways Plc, a pharmaceutical startup developing a depression treatment based on the active ingredient in magic mushrooms, was born. The stock has doubled since its September listing and has received funding from Peter Thiel.

Sounds like a guys trip to the woods is in order. Who’s joining?