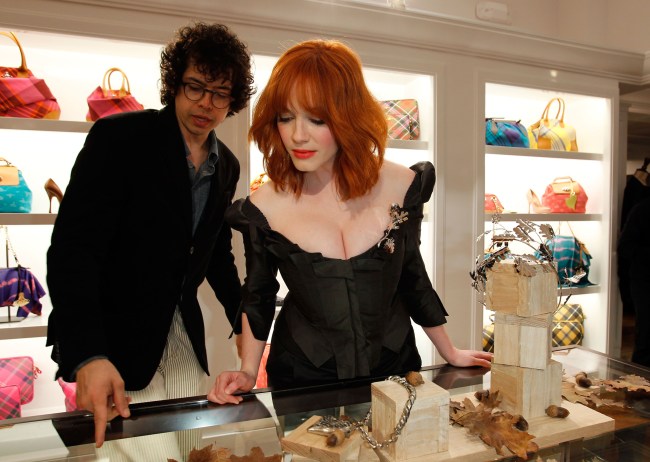 The nice thing about being a guy is that you can bat out of your league. For some odd reason, women don’t base selecting a mate solely on who is the most handsome. They factor in such things as personality, sense of humor, if he will be a good dad, and size of his… bank account. That enables dudes everywhere to score women who are far out of their league. Possibly the greatest example of a guy batting out of his league is the dude from Super Troopers getting married to the lovely Christina Hendricks. Sadly, that dream has come to an end as the couple has gotten a divorce.

On October 11, 2009, Super Troopers dude and Christina Hendricks tied the knot in New York. But on the couple’s 10th wedding anniversary, Geoffrey Arend, who is now a star on the Madam Secretary TV series, shared an Instagram post with his dogs and the caption: “Anytime you’re feeling low, bookend yourself in dogs. Can’t recommend it enough.”

On Thursday, Hendricks confirmed the split with a post on Instagram. “Twelve years ago we fell in love and became partners,” Hendricks wrote. “We joined our two amazing families, had countless laughs, made wonderful friends and were blessed with incredible opportunities.”

“Today we take our next step together, but on separate paths,” Christina continued. “We will always be grateful for the love we’ve shared and will always work together to raise our two beautiful dogs.” Henricks said the couple “will be taking time to rediscover themselves in this transition,” whatever the f*ck that means.

Thank you Super Troopers dude, you’ve been an inspiration to ugly guys everywhere to shoot for the stars and never give up on their hopes and dreams. May you rise like the almighty Phoenix and use your special skills to find an even hotter new chick. We believe in you because you inspired an entire generation of men to try to woo beautiful women, even when they were told that the girl was “out of our league.”