Pete Davidson Broke Up With His Girlfriend And The Internet Noticed How Much They Look Alike, Jokes Ensued 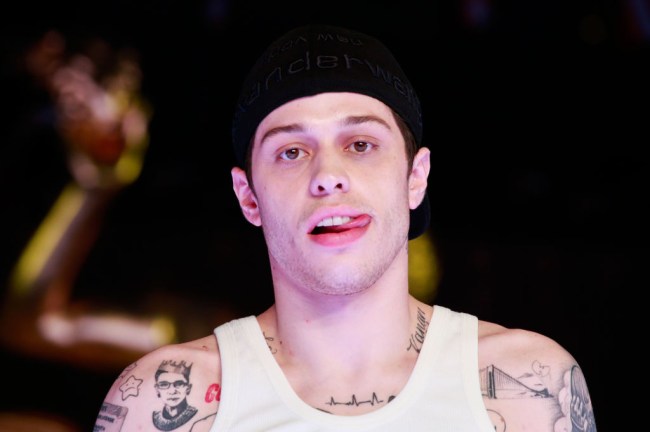 Pete Davidson’s relationship with Ariana Grande propelled the SNL star and made the comedian a household name. Now he’s getting many more opportunities outside of Saturday Night Live, including starring in an upcoming Judd Apatow movie somewhat based on Davidson’s life that will also feature Bill Burr and Marisa Tomei. While Ariana dumping Davidson and his brief relationship with Kate Beckinsale helped his career, Pete’s latest breakup garnered little buzz… except when the internet noticed that he looks exactly like his ex-girlfriend.

In late August 2019, reports started circulating that Davidson was dating actress Margaret Qualley, who is best known for starring in Once Upon a Time in Hollywood and in the HBO TV series The Leftovers. Qualley, who is a former model and daughter of actress Andie MacDowell, split from Davidson. Davidson and Margaret had a whirlwind romance at the end of summer and into September when the couple went to Venice, Italy.

Complex reported on the breakup by posting this side-by-side photo of Davidson and Qualley.

Immediately, people started noticing that Pete and his ex-girlfriend look a lot alike. The jokes, memes, and hilarity quickly ensued about the doppelbangers on Twitter.

Sucks but on the bright side how many of us ever get to date our genderswap Snapchat filter? https://t.co/90HZDINe1U

On the bright side, they'll have a leg up on the competition for acting roles as Lannisters in 'Game of Thrones' spinoffs… pic.twitter.com/DBQLrLtqUS

Will there be a custody battle for their face?

I was about to say "Glow up!" But then I realised that this isn't a male-to-female transition post. 😐

You have to wonder if the strain of looking exactly like the brother and sister of each other ultimately caused the relationship to fail.

RELATED: Thoughts And Prayers To The Dude From ‘Super Troopers’ Who Married Christina Hendricks And Now They’re Getting Divorced