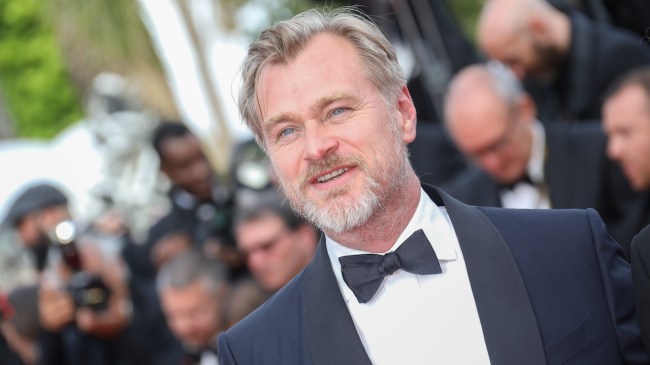 In a recent conversation with Hugh Jackman via Variety, Hathaway revealed that not only does Nolan (in addition to Denis Villeneuve and Darren Aronofsky) not allow cell phones on sets, but he also doesn’t allow those seating apparatuses of death: chairs.

Given that both Hathaway and Jackman has worked with Nolan over the course of their careers, the famed auteur naturally came up in conversation, albeit not in the way you might expect:

“Chris also doesn’t allow chairs. I worked with him twice. He doesn’t allow chairs, and his reasoning is, if you have chairs, people will sit, and if they’re sitting, they’re not working. I mean, he has these incredible movies in terms of scope and ambition and technical prowess and emotion. It always arrives at the end under schedule and under budget. I think he’s onto something with the chair thing.” [via Variety]

Christopher Nolan having some sort of utilitarian view of chairs is about the least surprising fun fact about the director. The man is constantly meddling with the secrets of time, space, and the universe — you think he gets the mental pistons firing with his ass plopped in a wooden chair? Absolutely-fucking-not — Christopher Nolan is a pacing man. In fact, as legend has it, if you catch him at the right time of day, you can find him hanging from the ceiling, just like his pal Batman.