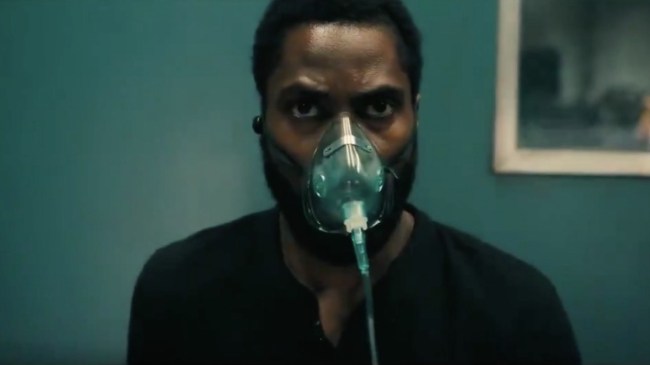 Today’s the day. It’s happening. It’s really happening. I can’t quite believe it, to be honest — I’m going to see Tenet.

I live in New Jersey, which has been, thankfully, one of the few states to have their relative shit together when it comes to this whole COVID thing in recent months. We got rocked early but now — and only for now, as this could all unravel following a Labor Day weekend that sees the opening of gyms, indoor dining, and movie theaters — we’re in better shape than, like, 48 other states.

Almost serendipitously, the first day that New Jersey movie theaters are allowed to open also just so happens to be the day that Tenet releases in the United States. Quite the coincidence, huh? Anyway, long story short, your boy is going to see Tenet today, and I’m not gonna lie, I’m pretty fucking excited. Last movie I saw in the theater was Birds of Prey back in February. Given how these last seven months have aged us all five years, I’m essentially a different person than I was back then.

Tenet, the 11th feature from Christopher Nolan, stars John David Washington, who’s on the verge of becoming an A-lister if this movie is as dope as it looks. And with A-list status comes the obvious superhero opportunities, which is a route Nolan would like to see Washington take in the form of Jon Stewart, a.k.a one of the Gren Lanterns.

In a virtual interview promoting Tenet, Geeks of Color asked Washington if he would be interested in playing Green Lantern. Washington diverted the question to Nolan, who expressed that Washington “would be an excellent choice” for the Green Lantern role.

As BroBible’s resident comic book nerd, let me tell you this right now: JDW (that’s what I call him now, we’re boys) would be an absolute fucking HEATER of a selection for Jon Stewart, who’s my preferred version of Green Lantern thanks to the Justice League cartoon from the early 2000s. I couldn’t possibly co-sign on this idea any more enthusiastically.