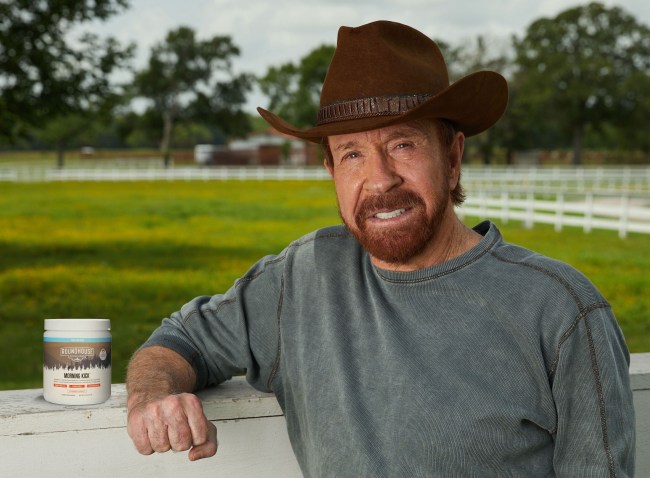 You name it, Chuck Norris has done it.

Sliding under the radar of accomplishments: Chuck Norris, the gritty American entrepreneur.

Starting in 1997, Norris starred in one of the most iconic infomercials of all time, as a spokesperson for Total Home Gym. In 2015, he launched CFORCE naturally-alkaline water, a business venture with his wife, Gena, who serves as CEO of the company. CFORCE water is bottled at the source from an artesian aquifer on Norris’ Lone Wolf Ranch in in Navasota, Texas. 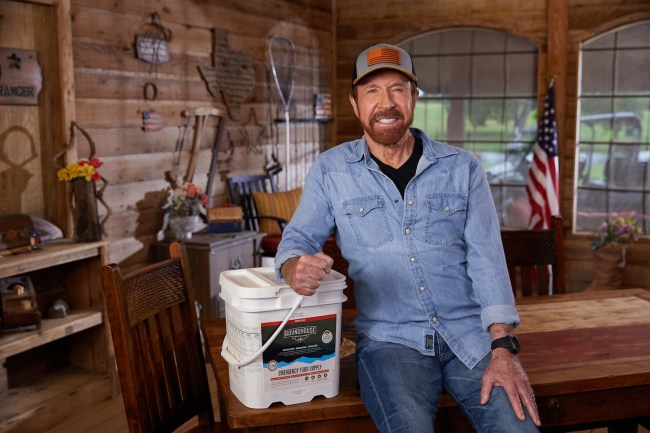 The kits are meant to last for up to 25 years – designed to keep on hand in your pantry, basement, or doomsday bunker for tough times. They can also be used for any occasion when you need a tasty meal in rough conditions, like a backcountry camping or overlanding trip.

In addition to the emergency supply kits, Roundhouse Provisions is already rolling out new products like Morning Kick – a nutritional drink with ashwagandha, chlorella, and collagen peptides.

Below, Norris tells BroBible how his new venture was inspired by preparedness for natural disasters, along with some of his favorite meals in the kit.

Chuck, congrats on launching Roundhouse Provisions. Can you tell us a little bit about the vision and inspiration for the brand?

I live in Texas and when we were hit with that big ice storm in February 2021, there were food and water shortages all over the state. People went weeks without power.

I’ve always taken preparedness very seriously, especially when it comes to taking care of my family. After seeing what so many people went through, I knew I wanted to find a way to help them be prepared in the future – when a disaster like that could strike again anywhere at any time. 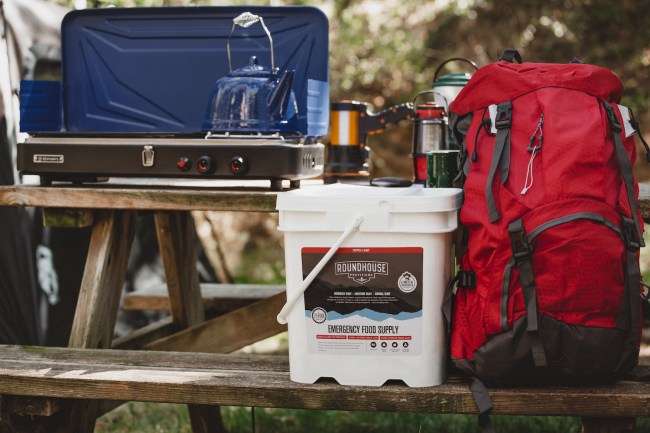 Can you tell us about some of the foods available in the Emergency Food Supply Kit?

There are 13 different meal options in the Roundhouse Emergency Food Supply Kit.

Some of my favorites include the Southwest Enchilada, Spicy Habanero Chili, and Creamy Pasta Primavera. And of course, since I’m from Texas, many of the options have a Tex-Mex flair to them. It was very important when creating the recipes that not only were they nutrient-dense, but taste great too. 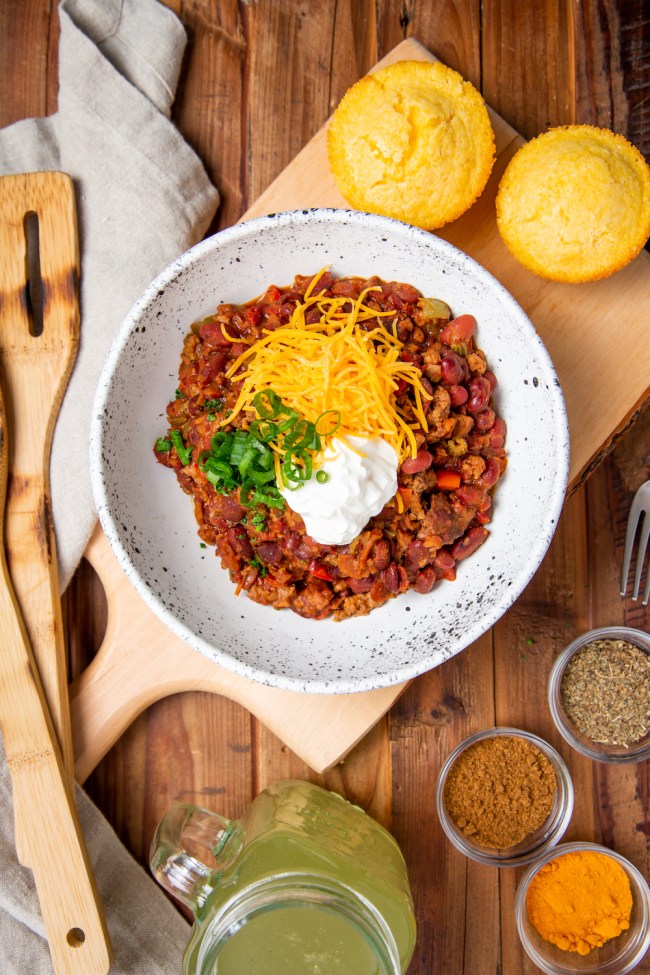 How are the meals prepared?

It is incredibly easy to prepare these meals. You just need water and heat!

What are some of the best uses for customers of Roundhouse Provisions? It looks great for camping and trips into the backcountry.

Yes, we designed these meals so that they could be eaten at any time, not just for survival. The individual pouches are easy to put in any backpack to have while hiking or any other adventurous activities. Or, you can bring the whole kit when you’re camping to give everyone a bunch of different options for a quick and tasty meal.

I know you’re a big outdoorsman. What have some of your outdoor adventures been lately?

It’s important to balance business with things you enjoy. My wife Gena and I love hiking or simply going for a good walk to stay fit and be outdoors.

You’ve made it clear that you’re not returning to The Expendables after showing up as Booker in Expendables 2. With so much excitement around getting back to the movies, the conversation is starting to ramp up for Expendables 4. Any thoughts on this chapter of the franchise and Hollywood continuing to make such a big ensemble action movie?

It was great playing the role of Booker in Expendables 2. Sly and Arnold are good friends of mine and we go way back, so it was great working together with them and all the others. 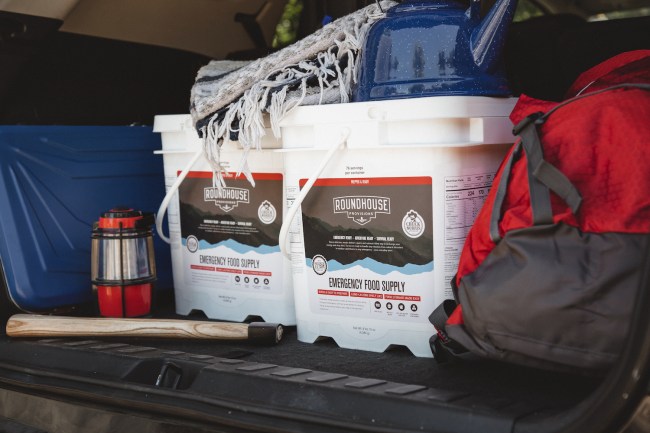 If Hollywood were to remake any of your movies, franchises, or characters from back in the day, which one would you like to see?

I enjoyed all of my movies and my TV series, Walker, Texas Ranger.

Instead of a remake, I’d love to come back and do a follow-up to any one of those.

I have a thesis that Chuck Norris jokes, back in the day, were the first meme. It helped start Internet meme culture as we know it, before the idea of a “meme” even existed. Looking back, have you ever thought the significance of those jokes to comedy and memes in the Internet era?

15 years ago, when I was in college, I had a poster with a list of Chuck Norris jokes prominently displayed in my apartment. Looking back, those jokes, at that age, were a small part of how I bonded with people who are now some of my best friends in life. We’d crack a couple of Chuck Norris jokes we found on the Internet. Then we’d go to the video store and rent a movie like Delta Force or Missing in Action or Invasion USA and become completely obsessed with it. For a then-young generation, it ushered in a sort of wider appreciation of your career, cultural impact, and philanthropy for us millennials.

Thank you for sharing your story, Brandon, that’s really cool.

When the Chuck Norris Facts started in 2006, I was sent three of them and thought they were pretty funny – like the one where they wanted to put Chuck Norris on Mt. Rushmore, but the granite wasn’t tough enough for my beard.

I thought they’d only last a few months. Little did I know that they’d take off like wildfire, starting with the college students, then to the high school and middle school kids. Then the military picked hem up and they took off around the world will millions of “facts” being shared.

Now they’ve turned into these memes. I’ve considered this a real honor, because it has kept me connected with younger generations all over the world.

I’ve got some exciting new projects in the works, so stay tuned!