If You Can Solve This Brain Teaser, The CIA Would Like To Talk To You About A Job 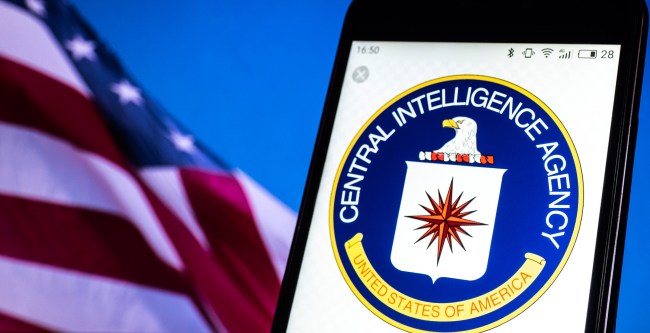 A couple of weeks ago we shared a pair of puzzles that the Central Intelligence Agency posted to its Twitter account (yes, even the CIA uses Twitter) that strongly suggested that if you are capable of solving it, well then, they’d really like to talk to you about a job.

That wasn’t the first time the CIA had posted something like that for what they call #TriviaTuesday despite the fact that it isn’t really what I would personally consider to be trivia. Then again, I don’t work for “the premier agency responsible for providing global intelligence on the ever-changing political, social, economic, technological and military environment.” So what do I know?

The CIA’s latest challenge isn’t really a puzzle this time but more like a brain teaser. This time they want to test their followers’ attention to detail.

“Put your observation skills to the test,” the CIA tweeted. “Can you spot the 10 differences in the photo below? Check back tomorrow to see if you found them all.”

See if you can get all 10. And if you can, the CIA also added the hashtag #DiscovertheCIA because they must really be looking for some new potential job candidates.

Put your observation skills to the test. Can you spot the 10 differences in the photo below?

Check back tomorrow to see if you found them all. pic.twitter.com/pKeaAqSLwz

Did you find all of them?

Hint: there are actually more than 10 differences. I only know this because numerous people on Twitter actually found more than that and the CIA was duly impressed.

Are you ready for the big reveal?

How many did you find? 👀

If you found more than 10 differences, you practiced good tradecraft.

Honestly, it wasn’t terribly difficult, but it was a fun little exercise and if nothing else the thread that followed the CIA’s initial tweet was well worth the read.

Found it in 2min, now can I get a job in your alien division? 🤔

I found them. I'll take one job as an international super spy please.

The CIA is reading your mind as you stare at pictures.

If you flip the image and you look at it crossed eyed focusing to merge the two images into a 3rd image in the center long enough until it is clear and not blurry, you can spot all the differences in 1 minute. This is how i solve those "spot the difference" quizzes :))

That person right there is playing chess while the rest of us plebes are just playing checkers. They definitely need to apply for a job.