The CIA Is Getting Into The Woolly Mammoth Resurrection Business (Yes, That CIA) 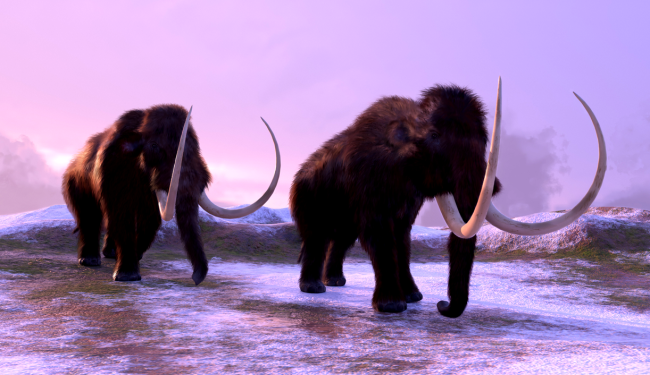 For some reason, there are scientists out there who think all of the Jurassic Park movies should become a reality.

Because if they did they would realize that doing things like bringing long extinct prehistoric animals such as woolly mammoths back into our world is a really bad idea. (Maybe they are just really big fans of the Ice Age flicks.)

The talk of doing such a thing really started getting ramped up back in 2019 when scientists were able to revive cells from a 28,000-year-old woolly mammoth.

Two years later, in 2021, a new company headed by a UFO hunter and a Harvard geneticist claimed that it will be bringing the woolly mammoth back within the next six years.

“Never before has humanity been able to harness the power of this technology to rebuild ecosystems, heal our Earth and preserve its future through the repopulation of extinct animals,” said Lamm. “In addition to bringing back ancient extinct species like the woolly mammoth, we will be able to leverage our technologies to help preserve critically endangered species that are on the verge of extinction and restore animals where humankind had a hand in their demise.”

Crazy like a ancestral Arctic fox, according to the Central Intelligence Agency (CIA).

In-Q-Tel, its new investor, is registered as a nonprofit venture capital firm funded by the CIA. On its surface, the group funds technology startups with the potential to safeguard national security. In addition to its long-standing pursuit of intelligence and weapons technologies, the CIA outfit has lately displayed an increased interest in biotechnology and particularly DNA sequencing.

“Why the interest in a company like Colossal, which was founded with a mission to “de-extinct” the wooly mammoth and other species?” reads an In-Q-Tel blog post published on September 22. “Strategically, it’s less about the mammoths and more about the capability.”

The CIA isn’t alone in helping to support this effort to bring back woolly mammoths. Among the other investors in Colossal’s program are well-known scientific authorities such as Peter Thiel, Tony Robbins, Paris Hilton, and Winklevoss Capital.

Perhaps they’d also be interested in supporting the research that recently created the world’s first cloned wild arctic wolf which was carried to term by a surrogate beagle? Because that actually somehow seems safer.