Scientists Revive Cells From A 28,000-Year-Old Woolly Mammoth And We Are One Step Closer To Jurassic Park 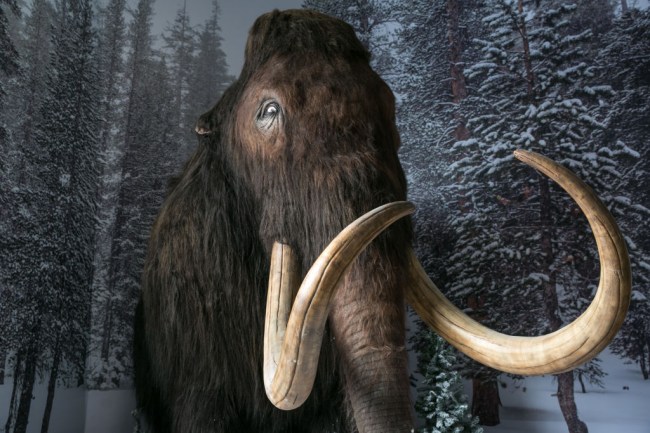 Are you ready for woolly mammoths roaming in your local zoo? Stupid question, of course you are! Scientists are trying their darndest to make a real-life Jurassic Park by resurrecting woolly mammoths that have been extinct for thousands of years.

In 2010, a woolly mammoth was discovered in Siberia and it was in fantastic condition despite being dead for at least 28,000 years. The mammoth, named Yuka, was preserved because it was frozen in the Siberian permafrost. Japanese scientists got their hands on biological samples from Yuka and are now attempting to bring the once mighty beast back to life.

Akira Iritani, a 90-year-old Japanese biologist, wants to bring the mammoth back to life even if it is the last thing he does. Akira and he fellow scientists are attempting to play God by creating life out of death. The scientists have successfully revived the mammoth cells. Who can’t wait for woolly mammoth barbecue?

Scientists have reactivated the cells of a 28,000-year-old woolly mammoth. Nothing could go wrong, right? https://t.co/QkrKBuwwS3 pic.twitter.com/LcvLU0jsjf

The researchers took dormant and damaged mammoth cells and implanted them into living mouse reproductive cells. “We recovered the less-damaged nucleus-like structures from the remains and visualised their dynamics in living mouse oocytes after nuclear transfer,” the researchers wrote in a paper published in Scientific Reports on March 11th.

The nuclear transfer process took 88 nucleus-like structures from Yuka’s cells and injected them into mouse eggs. The science experiment has shown promise. While Yuka’s cells have yet to divide, they have woken up a bit.

Using live-cell imaging techniques, scientists have seen promising progress in the cells. The mammoth cells have shown signs of spindle assembly, a process where chromosomes attach to spindle structures before they are properly prepared to divide before the parent cell actually splits.

“Although the results presented here clearly show us again the de facto impossibility to clone the mammoth by current NT technology, our approach paves the way for evaluating the biological activities of nuclei in extinct animal species,” the team says.

The study marks a “significant step toward bringing mammoths back from the dead,” researcher Kei Miyamoto said. However, there are still major hurdles to overcome before you can go to your local zoo and pet a woolly mammoth. So don’t get too excited.

Unfortunately, it’s not quite as simple as this cartoon.

We are so close to Jurassic Park, or in this case Pleistocene Park or Ice Age Park. Sure four Jurassic Park movies spell a dangerous scenario that turns to chaos every single time when man attempts to reanimate extinct creatures, but maybe the fifth time is a charm.