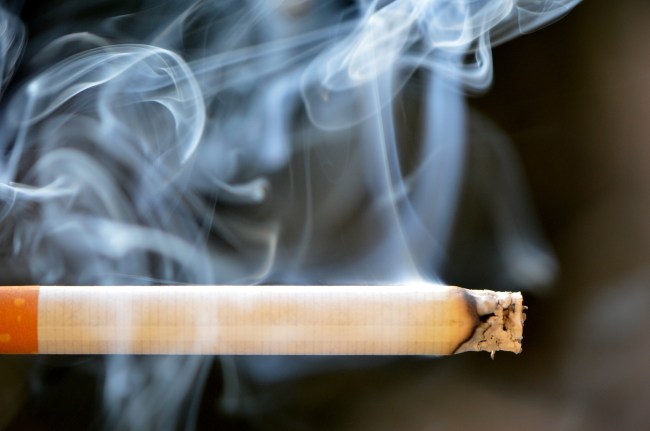 I quit smoking cigarettes over years ago. Not because it was an expensive habit, which it was when you were burning through as many P-Funk Lights as I was every day, but because it’s an absolutely disgusting habit and one that would’ve torn my body apart if I didn’t quit.

As a former smoker, I feel I have a license to completely trash it as a habit but I won’t do that. Everyone on this planet knows the dangers of smoking cigarettes. What a lot of people don’t know is how difficult it is for some smokers to continue their habit because the price has gotten jacked up so high it can cost more than a monthly car payment to be a smoker.

Down under in Australia, they just enacted a 12.5% increase in the price of cigarettes. Back in the 1950s, the average price of a pack of cigarettes in America was just $0.24. They were only thirty cents in the 1960s. The average price in the 1990s was $1.93 but it has jumped to $6.32/pack across the USA with some places like NYC costing over $13 on average.

Down in Australia, you’ll pay double that. Here’s the rundown from the Lad Bible (no relation):

Aussies were warned that prices would increase by 12.5 percent, cementing Down Under’s place as the most expensive country in the world to buy a packet of ciggies. A typical packet of 20 cigarettes will now set you back on average around AUD $40 (£22 / US $30), which is a hell of a lot of money if you burn through darts like a chimney.

If you’re a pack-a-day smoker then you can expect to pay around AUD $14,600 (£8,000 / US $10,800) a year on smokes. It’s the eighth year in a row the Federal government’s excise has increased the price of cigarettes and they’re hoping the cost squeeze will push more people off the habit. The Morrison government rakes in around $17 billion a year in tobacco taxes and that’s set to rise along with the price of ciggies. (via LadBible)

The World Health Organization released a statement alongside this Australian price hike explaining the move.

For every % increase in price, they expect to see a % decrease in smokers. It also prevents relapses from people who have quit smoking if they return to the store and see a huge new price tag:

Evidence from countries of all income levels shows that price increases on cigarettes are highly effective in reducing demand. Higher prices encourage cessation and prevent initiation of tobacco use. They also reduce relapse among those who have quit and reduce consumption among continuing users.

On average, a 10% price increase on a pack of cigarettes would be expected to reduce demand for cigarettes by about 4% in high-income countries and by about 5% in low- and middle-income countries, where lower incomes tend to make people more sensitive to price changes. Children and adolescents are also more sensitive to price increases than adults, allowing price interventions to have a significant impact on this age group.

If you’re smoking a pack-a-day, which isn’t that uncommon, you are spending $13,140 USD per year on cigarettes at this point in Australia. Compare that to $13 packs in NYC which will run you $4,745 annually while the average annual cost of smoking a pack a day in America is $2,306.80.

Even though the WHO predicts a 4-5% drop in smokers based on 10% (or more) price increase, LadBible points out that Australia’s actual statistics show smoking has only declined 0.7% between 2014 and 2018 as the prices continued to rise in Australia.

As a former smoker, I can tell you life is better on the other side. It took just a few weeks to fully regain my sense of smell and I felt like a new person, a healthier person, within days. I’ll leave you with thought.